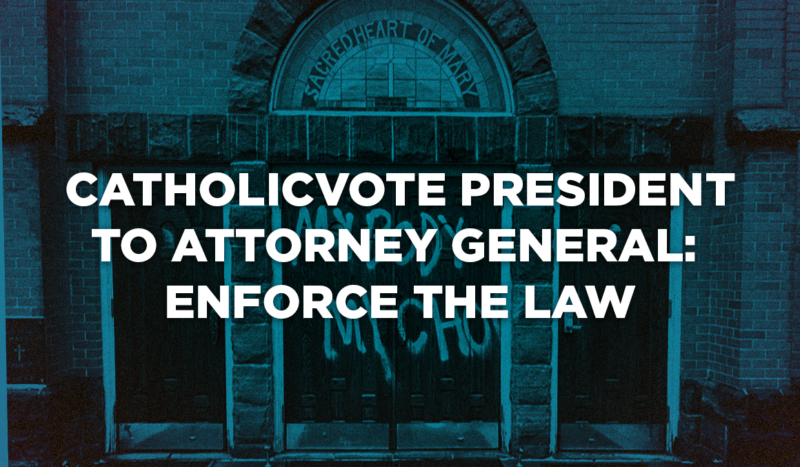 The national Catholic advocacy group CatholicVote called on the Biden administration and Attorney General Merrick Garland to enforce the law by protecting Catholic churches after abortion groups announced plans to storm into houses of worship during Mass on Sunday, May 8.

The aggressive rage exhibited by pro-abortion advocates over the past week, and the plans of anti-Catholic zealots to disrupt Catholic masses around the country this weekend, is a vile attempt to harass, threaten, and intimidate. It is religious bigotry of the worst kind.

It is also against the law.

Yet these threats to the safety of Catholic pastors and parishioners have been met with a stunning silence from our Catholic President. Silence is not an option. President Biden must make clear that the targeting of Catholic churches is indefensible and against the law.

Further, Attorney General Merrick Garland must make clear that acting on these plans would constitute a violation of the Freedom of Access to Clinic Entrances (FACE) Act and will be punished to the full extent of the law. Furthermore, the Attorney General has an obligation to alert every U.S. Attorney across the country and remind them of the law and their duty to enforce it.

No religious believer in America should fear for their safety while attending church this Sunday, or any day.

We once again call on all responsible leaders in Washington to condemn and stop these dangerous threats before they result in violence.