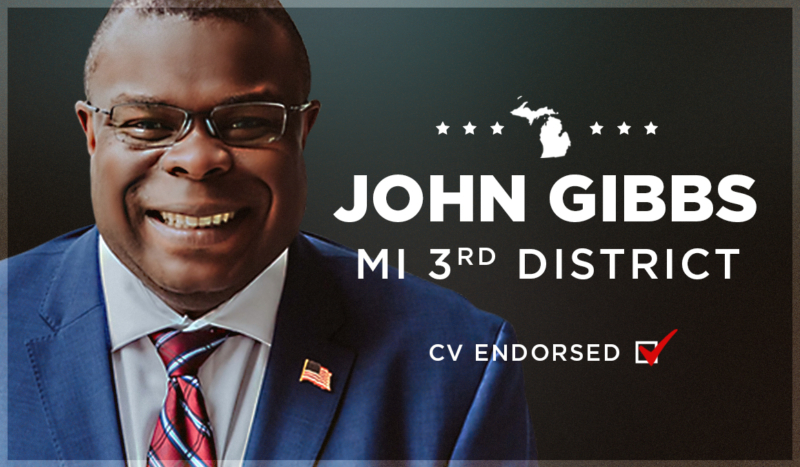 CatholicVote is making a key endorsement in Michigan ahead of the state’s primary elections next week.

The national Catholic grassroots advocacy organization is endorsing John Gibbs in his primary challenge against incumbent Rep. Peter Meijer in Michigan’s 3rd congressional district. The district includes the city of Grand Rapids along with other parts of Kent, Ottawa, and Muskegon counties in the western part of the state.

“John Gibbs is a faithful Catholic, but that’s not the only reason we’re endorsing him,” said CatholicVote president Brian Burch. “The incumbent, Peter Meijer, is a woke Republican who supports radical left-wing social policy.”

Meijer, an heir to the family which started the Meijer supermarket chain, is a co-sponsor of the Fairness for All Act, “a bill which treats anyone who dissents from transgenderism as a bigot under the law,” Burch said. It would allow the government to punish anyone, including parents and teachers, who treats a gender-confused child in accordance with biological sex. It would also pave the way for men and boys on women and girls’ sports teams and bathrooms across the country.

The bill contains vague religious freedom clauses which would likely force faith groups to engage in expensive litigation to defend their rights.

Meijer also recently voted in favor of the so-called Respect for Marriage Act, a bill which would not only federalize gay marriage but pave the way for polygamy and polyamory.

Gibbs is running on a platform which is pro-life, pro-parent, and pro-family. He served in the Department of Housing and Urban Development under the Trump administration. Prior to his federal service, he was a software engineer for companies including Apple, Palm, and Symantec.

A native of Lansing, Gibbs was raised Pentecostal. While majoring in computer science at Stanford University, he studied abroad in Japan. He ended up spending several years in Japan as a Christian missionary. After returning to America, he obtained a master’s degree from the Harvard Kennedy School.

In a recent interview, Gibbs said that theological questions and witnessing the baptism of a friend into the Episcopal church sparked his journey to Catholicism. He said he had never seen a liturgy before witnessing his friend’s baptism, and began attending an Anglican church. But as a history buff, Gibbs said he became uncomfortable with the foundations of the Anglican church and began digging deeper into the history of the Catholic church.

“When you look back at Europe in the beginning, there’s all these tribes – the Visigoths, the Saxons, the Celts, the Picts – and they’re all fighting each other. And the Church really came in there over time and unified them under one faith, one Church, one baptism, and one universal language for the Church, which was Latin,” he says. “And I want to be part of that same movement that’s been going on for 2,000 years. So looking back on the continuity of history, I said, ‘I think this is good. I want to be a part of it.’”

“It’s been a great experience engaging in the sacraments,” he said. “I’m loving the divine office or liturgy of the hours. I never had anything like that, so it is beautiful to be able to open up every day and have a specific set of prayers for that day – to open that up in the morning.”

Gibbs said the works of St. Augustine have particularly resonated with him as he seeks to serve in Congress. “‘The church is to the state what the soul is to the body,’ he paraphrased the doctor of the church. “I think that’s a beautiful analogy.”