Catholics Made Sure Hungry Families Got Their Thanksgiving Feast 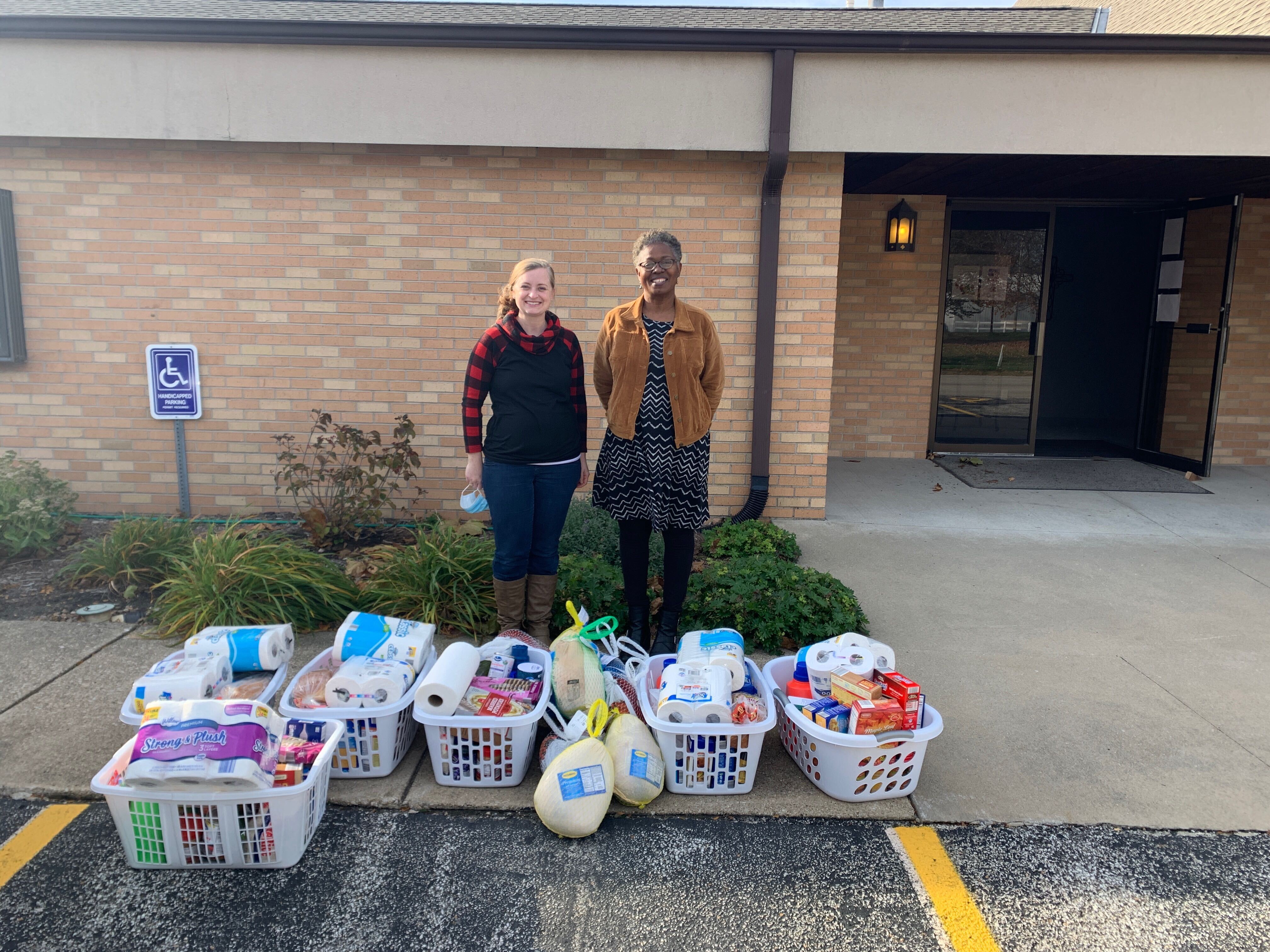 CV NEWS FEED // Parishioners at St. Matthew Catholic Church in Champaign, IL, worked together to make sure the needy in their community would have enough for a Thanksgiving feast.

Parishioner Emily Troscinski said she got the idea from her childhood. The parish she grew up in has a custom of putting together care packages for those in need ahead of Thanksgiving. The memory of participating in that tradition came back to her earlier this year.

“I’ll never forget it,” she told CatholicVote Monday. When she was 17, she and her brother made a delivery that stuck with her. The recipient of her parish’s Thanksgiving basket was very moved by their gift, and as they left, an onlooker down the street saw what they were doing and called after them: “God bless you!”

It “made such an impression on me,” she said. Now a stay-at-home mother of three, Troscinski felt compelled to do something for her neighbors in need, “especially” amid the “tough” years of COVID-related difficulties.

She told a St. Matthew’s parish staffer about the tradition she remembered from childhood, and together they hatched a plan. They “put it together in three weeks,” she said.

They asked the local Catholic community to consider creating their own Thanksgiving baskets and dropping them off at the church. Then they would need volunteer drivers to deliver the gifts. “Our goal was to deliver 25-30 baskets,” Troscinski said.

She wasn’t prepared for how generously her fellow parishioners would respond. Just ahead of the drop-off date, “we had 55 people tell us they would bring a basket,” she said.

They ended up gathering and delivering 122 baskets.

Catholic families from St. Matthew Church “shopped with their children,” Troscinski said. They were thoughtful about what their neighbors might need the most. Others coordinated between each other to fill baskets.

Troscinski, a former executive director of Illinois Right to Life and a mother of small children, pointed out the consideration the parishioners showed in choosing what to give.

“Some of the families we delivered to had six children,” she said. “Several” basket recipients were struggling families, and the baskets weren’t only stuffed with things like frozen turkeys and other Thanksgiving foods, but also “had things like children’s toothbrushes,” she said.

Fr. Andru O’Brien blessed all of the baskets just before they were delivered.

The response was “overwhelming,” said Troscinski. “Everything just worked out so beautifully.”