There is no doubt that the global phenomenon of mass migration is one of the most divisive political issues of our time. A Gallup Poll released in November 2018 saw immigration named as the number one concern among all Americans surveyed, higher even than healthcare.1

According to the United Nations’ International Migration Report, the number of migrants worldwide has increased 49% over the past 18 years to 258 million people, or about 3.4% of the world’s population.2

While both international law and Catholic Social Teaching distinguish between economic migrants (those voluntarily seeking a better life in another country) and refugees (those fleeing from war or national disasters), the two groups are often deliberately jumbled together in public discussions. The U.N. estimates 26 million3 people worldwide are legally recognized refugees or asylum seekers.

For Catholics, the immigration issue is particularly fraught with moral and political complexities, which all need to be resolved in the light of Catholic Social teaching.

The ancestors of many U.S. Catholics experienced significant religious bigotry when they came to North America from other countries in the 19th and early 20th centuries, primarily from Germany, Ireland, Poland and Italy.

Both the nativist Know-Nothing Party and the Ku Klux Klan actively opposed this first wave of Catholic immigration. As a result, there is a natural solidarity among Catholics, as among Jews, for refugees or people emigrating from other countries.

Yet at the same time, recent polls show that many lay Catholics are as concerned as their fellow citizens at the sheer scale of recent immigration, both in the U.S. and in Europe.

For example, exit polls revealed that 60%4 of non-Hispanic Catholics voted for Donald Trump in 2016. That’s very significant given the history of the Catholic vote as the “swing vote.”

In addition, getting an accurate picture of the situation on the ground can be difficult. Both pro- and anti-immigration groups highlight some statistics and ignore others.

While the official number of illegal immigrants in the U.S. has declined slightly over the past 12 years – from 12.2 million in 2007 to 10.7 million in 2016 – the total number of all immigrants arriving annually, legal and illegal, has actually increased 70% just since 2011.

The U.S. currently leads the world as the country with the largest number of migrants within its borders.5

Immigration inflows also account for 42%7 of the population growth in North America since the turn of the millennium. And unlike previous decades, today more than half of the total immigrant population comes from just Latin America.

Polls show that Catholics have mixed views of this reality and a mixed opinion how the principle of subsidiarity should be applied.

Not surprisingly, fully 70% of Hispanic Catholics think mass immigration from Latin America is a positive thing.

Non-Hispanic Catholics, however, are more divided.

According to the Public Religion Research Institute, 44% of non-Hispanic Catholics believe newcomers from other countries generally strengthen American society, while 41% believe they represent a threat to American customs and values.

What makes this even more complex for Catholics is the relative paucity of official Church teaching on immigration – and the historic difficulty of translating general moral principles into concrete political policies.

The authoritative Catechism of the Catholic Church urges compassion for economic migrants and refugees but recognizes that civil society often must regulate immigration for the common good.

“Prosperous nations are obliged, to the extent they are able, to welcome the foreigner in search of the security and the means of livelihood which he cannot find in his country of origin,” the Catechism proclaims, in a paragraph of only 129 words. “Political authorities, for the sake of the common good for which they are responsible, may make the exercise of the right to immigrate subject to various juridical conditions (CCC 2241).”

Conservative Catholics often point out that the virtue of solidarity stressed in Catholic Social Teaching – the habit of thinking about the welfare of our fellow humans – extends first and foremost to our fellow citizens and the members of our local communities.

By that measure, Americans have plenty to do caring for our own citizens.

More than 500,0009 Americans are homeless, sleeping on hot air grates in freezing weather.

At least 40,000 Americans die every year of an opioid overdose.

Beyond this, many Catholics are beginning to recognize and question the ideology behind global mass migration – the assumption among politicians and corporate CEOs that human beings are simply interchangeable economic units that large multinational corporations can import and export the way they do silicon wafers and steel.

For these Catholic critics, the issues involved in mass migration go beyond merely economic considerations but include fundamental questions about the nature of democratic government, the role of religion in public life, and the kinds of societies people wish to live in.

Millions of people in North America and in Europe believe that politicians and corporations simply imposed mass migration on local populations without their knowledge or consent.

People woke up one day and found the character of their local communities in Northern England, Germany or Minnesota drastically changed – and often not for the better.

The sense of social solidarity and civic mindedness that had taken generations to build up had vanished. In their place was an epidemic of illegal drugs, sex trafficking, gang violence and public indifference to the law.

The result has been a global backlash that resulted in the election of Donald Trump, the vote of Britain to leave the European Union, and the rise of nationalist, anti-immigration parties in Italy, Poland, Germany, Hungary, France and, more recently, Spain.

They know better than many that the rich countries can’t simply turn their backs on the developing world.

Yet they also know that the ideology of corporate globalism – the importing and exporting of low-wage workers to run the sweatshop factories of Apple and Amazon — isn’t the only option available.

The current political impasse over mass migration can be a time to re-engage in the most basic questions about economics, digital censorship, the growing anti-democratic power of multinational corporations, and the role of culture, language and religion in shaping our lives.

These are the sorts of questions that Catholic Social Teaching can and should address – and yet the questions are only now being debated vigorously in the public arena.

Robert J. Hutchinson is the author, most recently, of The Dawn of Christianity (Thomas Nelson, 2017). He can be reached at CatholicSpeakers.com. 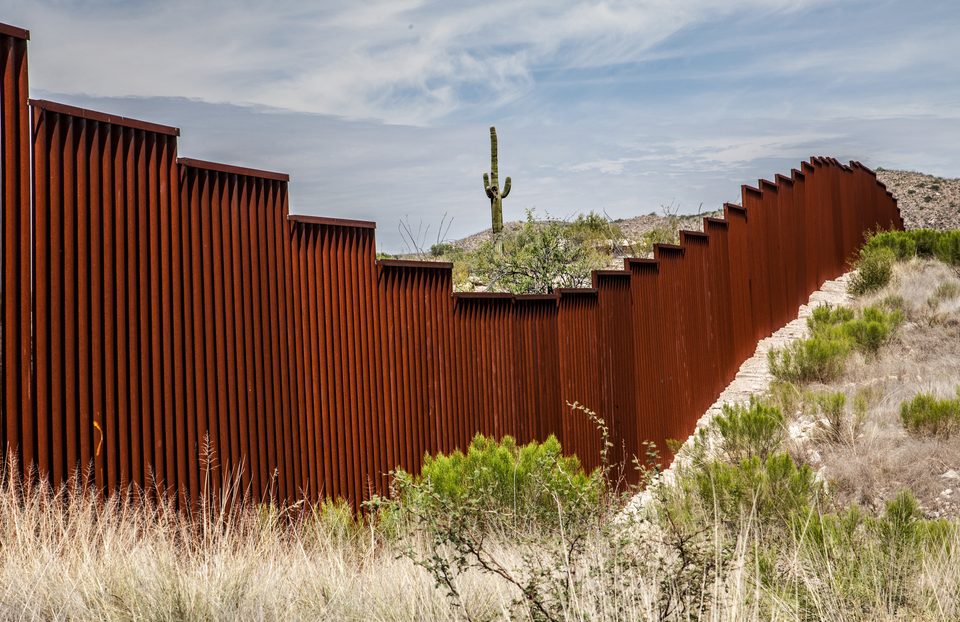 The Deep State’s Assault on Democracy

Elizabeth Warren… or the Dignity of Women?