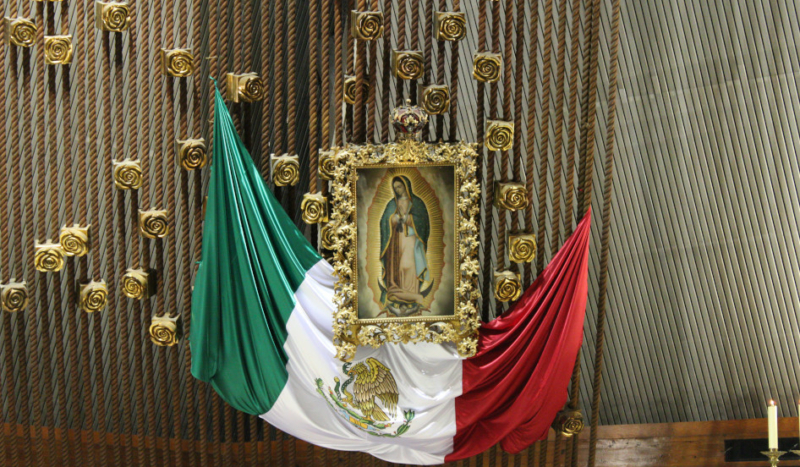 CV NEWS FEED // Catholics have flocked to prayer rallies at the Mexican Supreme Court, where abortion in the first stages of pregnancy was legalized Tuesday afternoon.

Images of the demonstrators showed priests, women, men, and children kneeling with rosaries in front of the Supreme Court building on Monday, praying fervently that the court would keep abortion illegal in one of the world’s largest Catholic countries.

Mexico’s highest court was debating the legalization of abortion in the state of Coahuila, a decision that could have repercussions throughout the country. On Tuesday afternoon, the court ultimately invalidated Coahuila’s pro-life ban, setting a precedent for other Mexican states to now legalize abortion through lower courts.

“Eight of the 11 justices appear to support the decriminalization–the threshold needed for it to succeed. Such a decision would set a precedent for decriminalization nationwide,” journalist David Agren wrote on twitter ahead of the decision.

Another journalist, Jan-Albert Hootsen, tweeted Tuesday that he also believed the court’s “likely decision” ruling against the constitutionality of Coahulia’s abortion ban “will create a precedent for all judges in Mexico” to legalize the killing of unborn children.

In another tweet on Tuesday, journalist Jesus Garcia compared the Coahuila ban on abortion to the recent Texas heartbeat law, calling Mexico’s Supreme Court “more liberal” than the U.S. Supreme Court on this issue.

Yet another journalist tweeted a photo Tuesday of Mexican-American actor Eduardo Verastegui, who starred in the pro-life movie “Bella,” praying with a priest in front of the Mexican Supreme Court.

Demonstrators have also been spotted carrying signs that say, “let’s save both lives.” Catholic teaching forbids abortion in all circumstances, requiring doctors to save the infant as well as the mother whenever an apparent conflict arises in a health crisis.