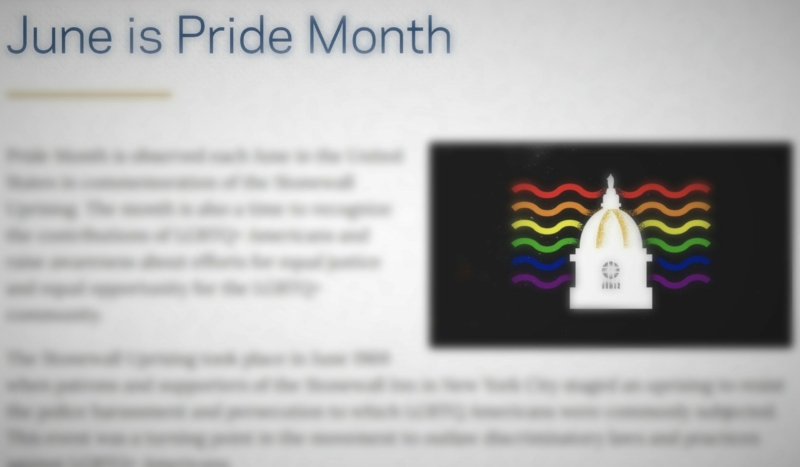 CV NEWS FEED // The University of Notre Dame posted an unequivocally pro-“LGBTQ+” statement on its website, quoting President Joe Biden at length and linking to the Human Rights Campaign — an LGBT activist organization that denounces the Catholic Church for being “intolerant.”

Pride Month is “a time to recognize the contributions of LGBTQ+ Americans and raise awareness about efforts for equal justice and equal opportunity for the LGBTQ+ community,” said the statement on the University website.

The statement explained that Pride Month commemorates the Stonewall Uprising of 1969, which Notre Dame called an effort to “resist … police harassment and persecution to which LGBTQ Americans were commonly subjected.” The uprising was a “turning point in the movement to outlaw discriminatory laws and practices against LGBTQ+ Americans.”

The post included a lengthy quotation from Joe Biden, which praised the LGBT agenda as a “liberation movement:”

“Pride is a time to recall the trials the Lesbian, Gay, Bisexual, Transgender, and Queer (LGBTQ+) community has endured and to rejoice in the triumphs of trailblazing individuals who have bravely fought — and continue to fight — for full equality. Pride is both a jubilant communal celebration of visibility and a personal celebration of self-worth and dignity. This Pride Month, we recognize the valuable contributions of LGBTQ+ individuals across America, and we reaffirm our commitment to standing in solidarity with LGBTQ+ Americans in their ongoing struggle against discrimination and injustice.”

The Notre Dame article concluded with an exhortation: “You can also explore what it means to be an ally in the effort to achieve equality for all through a series of resources from the Human Rights Campaign.”

That final statement linked to a Human Rights Campaign (HRC) post showcasing a pamphlet on how to support the LGBT agenda. Among other things, the pamphlet provided instructions on what to do with a “child” who “comes out,” and encouraged readers to “elevate LGBTQ voices by … voting for us and giving us spaces to speak with wider audiences.”

“Most importantly,” the pamphlet reiterated, “hire LGBTQ people of color, vote for them, buy their art and books, and continue to spotlight their voices.”

Under “Resources,” the HRC website also provides a profile of the “Roman Catholic Church.”

“The Roman Catholic Church … has welcomed celibate gay and lesbian people into its church life,” the profile reads in part, “but increasingly is becoming more intolerant even of this population.”

The HRC report also notes that the Catholic Church has a “very negative attitude toward” homosexual inclinations, and is “shaped by leadership that is entirely male, with women excluded from the priesthood and thus from key leadership roles.”