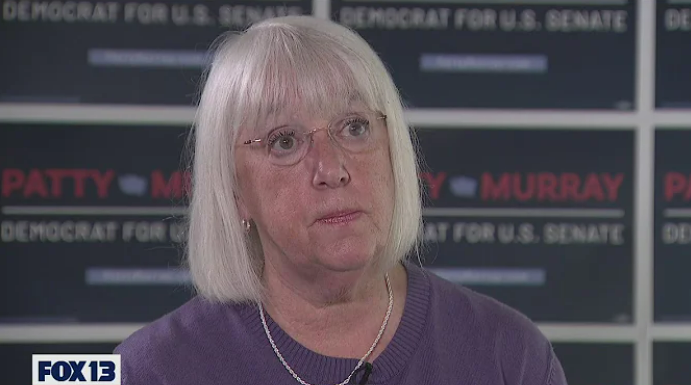 CV NEWS FEED // Democratic Sen. Patty Murray of Washington, who professes to be a Catholic, rejected “any” time limit on abortions in response to a question from EWTN reporter Erik Rosales on Thursday.

Murray began to say “No” and shook her head as Rosales asked “Would Democrats be willing to … any federal timeframe ban?”

“We want to put in law protections for every woman in this country, no matter where they live, or how much money they make, or where they come from – the ability to make their own healthcare decisions, as they had under Roe before it was overturned by this Court,” Murray said.

Murray is heading into a midterm election, and her statement in support of abortion-on-demand nationwide – coupled with her claimed Catholicism – is sure to ruffle the feathers of many Catholic voters.

The senator will face opponent Tiffany Smiley this November. Smiley, a nurse and military wife, will stand in sharp contrast to Murray on the issue of abortion.

Smiley calls herself pro-life, but has faced some criticism for not being as staunchly pro-life as she could be.

At an event in early September Smiley said she would leave in place a 1991 pro-abortion law in the State of Washington, despite the Supreme Court decision in June overturning Roe vs. Wade. “I respect the voters of Washington state,” Smiley said. “They long decided where they stand on the issue.”

“It’s true, Smiley isn’t very gung-ho against abortion,” said CatholicVote Communications Director Joshua Mercer Friday. “But Murray is very gung-ho for abortion. Add on top that she’s claiming to speak for Catholics – which is a scandal to us in the pews – and it’s an easy call which one I want as far away from the Senate as possible.”

States like Idaho, right next door to Washington, have passed laws against abortion – and Murray wants to force all 50 states to allow abortion throughout all nine months, Mercer pointed out. “And force taxpayers to pay for it too!”

While Tiffany Smiley is far from perfect, Mercer concluded, “that doesn’t mean there’s no difference between these two candidates. And I recommend Catholics in Washington remember that this November.”