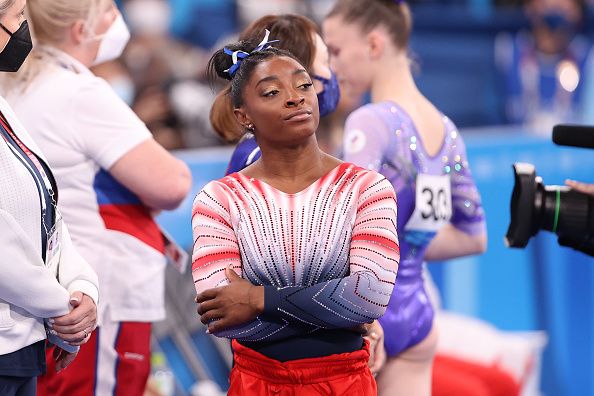 CV NEWS FEED // Olympic gymnast Simone Biles announced on social media that she is “very much pro-choice,” disappointing many fans.

“I already know this is going to start the biggest argument & may even lose followers BUT. I’m very much pro-choice,” Biles wrote in a post on Instagram. “Your body. Your choice.”

She went on to dismiss those who promote adoption as an alternative to abortion, using “eye-roll” emojis. “It’s not that easy & coming from someone who was in the foster care system TRUST me,” she wrote, “foster care system is broken & it’s TOUGH. especially on the kids & young adults who age out …& adoption is expensive .. im just saying.”

“& don’t even come at me if you couldn’t keep a mask on. or refused to wear one,” the athlete concluded.

Biles has been widely celebrated by Catholics, who have written glowingly of her Catholic faith and her homeschooling background, and promoted her as a role model to Catholic children.

Lila Rose, a Catholic and the director of the pro-life organization Live Action, lamented Biles’ endorsement of abortion. “Simone Biles just announced on Instagram that she is very ‘pro-choice’ because ‘the foster care system is broken,’” Rose tweeted. “Incredibly sad and awful. To have overcome a broken system as triumphantly as she has— yet wish death for other kids [because] they may face foster care is beyond fathoming.”

Biles’ comments will likely prove to be only another example of what many critics call the “wokification” of sports, in which off-putting progressive political messaging impinges on the traditional olympic themes of valor, patriotic representation, and simple fun.

Some analysts have tied the “woke” phenomenon to another recent development: a precipitous breakdown in Olympics ratings.

“Focusing in on the most recent Summer Olympics, the curated primetime coverage of the Tokyo Game crashed 42% from Rio 2016,” according to a Deadline report. “Held a year later than planned, the Tokyo Olympics were also down 22% from the last Winter Games in PyeongChang, South Korea, in 2018,” which made headlines at the time for its own low ratings.

Looking at early numbers, the Tokyo Olympics Closing Ceremony snagged a mere 8.8 million viewers for NBC. Those fast affiliate results will surely see some change when the final numbers are in Tuesday, but right now the end of the 2020 Olympics looks to be the least-watched Closing Ceremony ever.