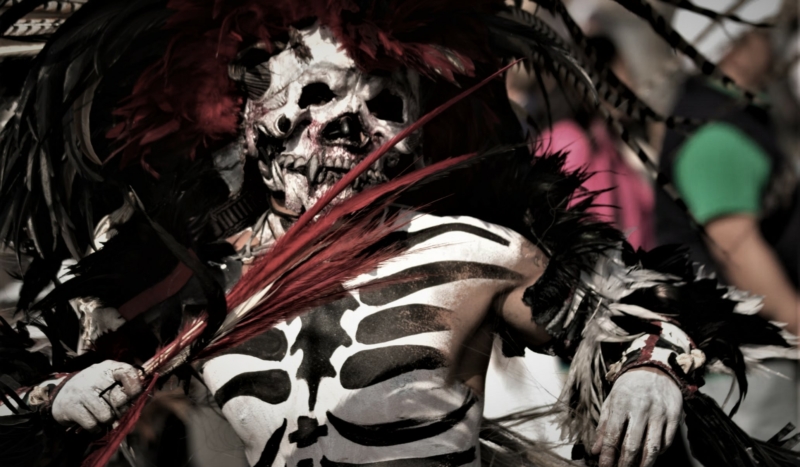 CV NEWS FEED // After a lawsuit on behalf of parents, the State of California has permanently removed a pagan incantation from a curriculum guide for public school districts.

“We reached a settlement with the State of CA, and they will be PERMANENTLY REMOVING … Aztec chants from the Ethnic Studies Model [Curriculum] and paying $100,000 towards our attorneys’ fees,” wrote attorney Paul Jonna, who serves as Special Counsel to the Thomas More Society.

“We filed this lawsuit after we discovered that California’s Ethnic Studies Model Curriculum, a resource guide for local school districts, included prayers to Aztec gods – the same deities that were invoked when the Aztecs worshipped with human sacrifices,” Jonna explained.

Jonna added that the “Aztec prayers at issue – which seek blessings from and the intercession of these demonic forces – were not being taught as poetry or history.” Rather, “the ESMC instructed students to chant the prayers for emotional nourishment after a ‘lesson that may be emotionally taxing or even when student engagement may appear to be low.’” In other words, the “idea was to use” the incantations as actual “prayers.”

“In fact, the co-chair of California’s ESMC, Tolteka Cuauhtin, wrote that Christians committed ‘Theocide’ to oppress marginalized groups – and the response should be to ‘regenerate indigenous spiritual traditions,’” Jonna pointed out. He also stated that the Aztec prayers, “which invoke these deities by name, appear to be part of Tolteka’s proposed solution.”

“Fortunately,” Jonna wrote, the parties were able to reach an “informal resolution….” The State Board of Education and California Department of Education “voluntarily agreed to remove the prayers from the ESMC.”

While Jonna wrote that “we’re pleased that the prayers have been officially removed from the ESMC,” he also pointed out that the State continues “to dispute any and all liability.” In addition, since the prayers have until now been included in a statewide curriculum model, local schools may still be chanting these prayers to “demonic forces,” as Jonna called them.

“All local school districts in California – especially those still working with Mr. Tolteka Cuauhtin – should follow the lead of the State and are hereby on notice that they should immediately remove these Aztec prayers from their Ethnic Studies curricula,” Jonna concluded:

Our team of lawyers will aggressively pursue civil litigation against any local school district that violates the Constitution and incorporates these Aztec prayers in class – particularly now that the State has excised them from the ESMC.

“Congratulations to attorney [Paul Jonna], who represented parents and forced the State of California to abandon the controversial curriculum, which violated students’ right to conscience,” wrote education reformer Christopher Rufo in response to the news of the settlement. “When parents stand up for their kids, they win.”

Rufo wrote that the incantation’s inclusion in public school curricula “would have forced students to chant to the Aztec god of human sacrifice in order to become ‘warriors’ for ‘social justice.’”

“I grew up in California and we recited the Pledge of Allegiance every morning,” Rufo added. “It’s truly mind-boggling that, one generation later, they’re trying to make kids chant to the Aztec god of human sacrifice. But that’s what happens when you let neo-Marxists take over the institutions.”

Readers can find out more about this story below.