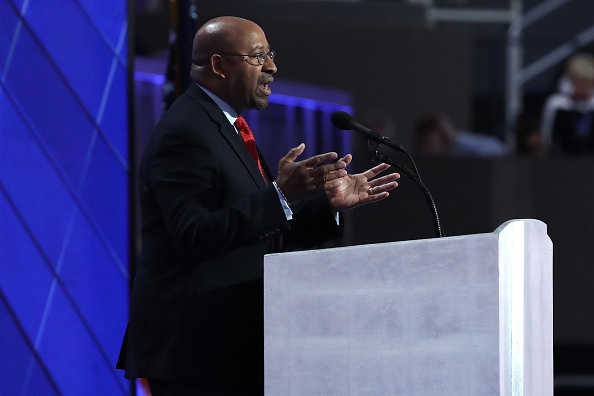 “District Attorney Larry Krasner’s recent remarks about whether we are experiencing a crime crisis are some of the worst, most ignorant, and most insulting comments I have ever heard spoken by an elected official,” Nutter wrote. “I have to wonder what kind of messed up world of white wokeness Krasner is living in to have so little regard for human lives lost, many of them Black and brown, while he advances his own national profile as a progressive district attorney.”

“Krasner portrays himself as the Great White Hope for Philadelphia’s Black and brown communities,” Nutter argued, “but if he actually cared about us, he’d understand that the homicide crisis is what is plaguing us the most.”

“It takes a certain audacity of ignorance and white privilege to say that right now,” Nutter wrote. “As of Monday night, 521 people, souls, spirits have been vanquished, eliminated, murdered in our City of Brotherly Love and Sisterly Affection, the most since 1960.”

“As an older Black man from West Philly, I know that many Black people are not actually against the police,” Nutter wrote. He noted that many black Americans “respect the police” and “appreciate the good work” they do. In addition, Nutter commended the police for making progress in assuaging concerns about corruption and police brutality.

“But under Krasner’s anti-police narrative, most of that work has been reversed,” he continued:

Nutter went on to call on Krasner to “publicly apologize to the 521 families of dead victims and the thousands of those maimed by gun wounds this year.” The progressive DA “has ignored the pain of the living and insulted the memory of the dead,” the former mayor wrote.

In addition, Nutter called on Krasner “to send a message to the shooters, murderers, and criminals of this city by committing to actually prosecute them, rather than coddle them, make excuses, reduce or drop charges.” The DA “should commit to locking them up for carrying illegal weapons or shooting people,” he wrote:

If Krasner does not have the fortitude or the guts to carry out those duties, he should resign and turn things over to someone who is not trying to sell Philadelphians on the false choice of having either public safety or police reform.