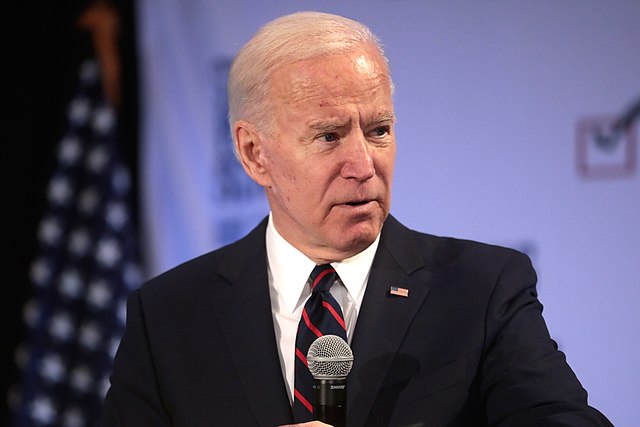 CV NEWS FEED // American Catholics are pushing back against President Joe Biden after he reportedly presumed to speak for the Church and suggested, incorrectly, that the Church does not oppose some abortions.

Biden made the controversial remark at a Democratic fundraiser on Thursday during a discussion about a Republican proposal to restrict abortions after 15 weeks of gestation. “I happen to be a practicing Roman Catholic,” Biden said, “my Church doesn’t even make that argument.”

“This may be the most outrageous thing Joe Biden has ever said,” said CatholicVote President Brian Burch regarding Biden’s comment about what the Church teaches. Burch pointed out that the president was essentially arguing that the Catholic Church, for the first time in its history, now endorses abortions in some cases.

However, any “implication that the Catholic Church makes exceptions where abortion is concerned is incorrect,” reported Kevin J. Jones of the Catholic News Agency:

“Since the first century the Church has affirmed the moral evil of every procured abortion,” the Catechism of the Catholic Church states. “This teaching has not changed and remains unchangeable. Direct abortion, that is to say, abortion willed as an ends or a means, is gravely contrary to the moral law” (No. 2271).

The U.S. Conference of Catholic Bishops also has addressed the difficult situation of a pregnancy conceived in rape.

“(A)ny woman subjected to sexual assault needs our compassionate and understanding care, including psychological and spiritual as well as medical support,” Richard Doerflinger, the then associate director of the pro-life secretariat, said in a July 2013 commentary on the U.S. bishops’ website.

“(A)ny child conceived in rape is, like his or her mother, an innocent victim. That child, too, has a right to life, and destroying the child does not punish the rapist or end the woman’s trauma,” he added.

“Does Joe Biden think he knows more about abortion than the pope?” said Burch. “More than our bishops? More than 2,000 years of Church teaching that abortion always ends the life of an innocent unborn child?”

Biden also falsely suggested during the same discussion that the abortion legislation proposed by Sen. Lindsey Graham, R-SC, includes “no exceptions. Rape, incest, no exceptions.” The bill does in fact include exceptions for rape, incest, and cases in which the life of a mother is in danger.

While Biden may have been trying to frame Graham’s 15-week abortion restriction as “extreme” – an accusation that the White House and many allied Democrats have been making more and more often – polling shows that the president’s rejection of all abortion restrictions is itself clearly out of step with public opinion.

“Biden bragged that he would veto a bill to ban abortions after 15 weeks of life—when a defenseless child can feel pain—even though a majority of Americans support protecting unborn children at this stage,” said Burch. “At 15 weeks, preborn babies have a heartbeat… taste buds… even eyelids. And they have all major organs.”

“President Biden cannot be both a devout Catholic and a pro-abortion zealot,” tweeted Bishop Thomas Tobin of the Diocese of Providence, RI on Friday. “The two are mutually exclusive. He is a poor, lost and confused soul. Truly, we need to pray for him….”

“We need to pray for [President Biden] because by his words and actions he manifests at best extreme confusion on basic Catholic moral teaching and at worst the scandalous obstinacy of one steeped in grave sin at odds with Eucharistic coherency,” added Bishop Michael Olson of the Diocese of Fort Worth, TX.