Biden Admin to Fly Rainbow Flag at U.S. Embassies Around the World 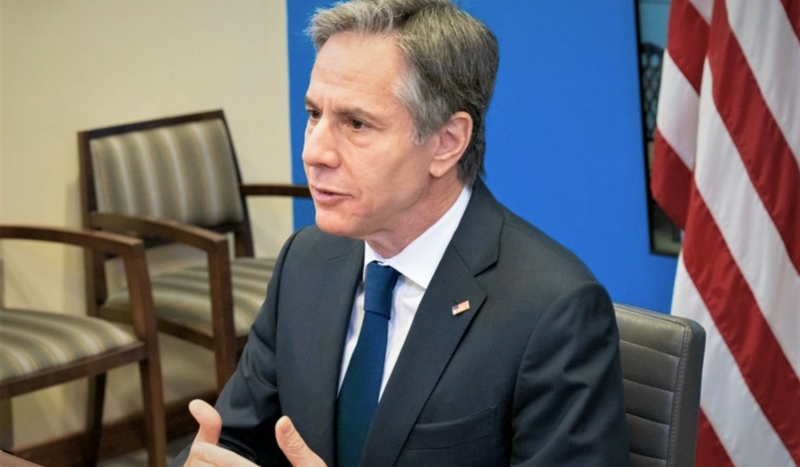 CV NEWS FEED // Secretary of State Antony Blinken sent a directive authorizing U.S. outposts to fly the “LGBT Pride” flag on the same flagpole as the U.S. flag starting in May.

Under U.S. law, embassies and other official outposts must be granted permission by the State Department before posting any banners other than the American flag on the flagstaffs outside their offices.

During the Trump administration, the media made much of Secretary of State Mike Pompeo denying a request to fly the rainbow flag on the same pole as the American flag.

Pompeo did, however, permit U.S. outposts to display pro-LGBT banners and signs elsewhere on their properties, forbidding only that they be flown along with the Stars and Stripes on the same pole.

Some analysts believe there was wisdom in the Trump-era policy, citing the clash between the progressive Western ideologies which promote so-called sexual liberation and the more conservative identities and cultures of many nations which house U.S. outposts.

The Biden [administration] is back to making the same mistake as the Obama Admin. Pushing ‘progressive’ narratives often runs afoul of local religious or cultural sensitivities and will besmirch the U.S. as an impartial interlocutor in many countries.

On social media, others objected to Blinken’s decision as well.

“What OTHER flags,” asked one. “Knights of Columbus? ‘Trump 2024?’ Proud Boys? Antifa? Is this part of Biden’s effort to unify the nation? All Americans now are LGBTQ?”

“In five years the Pride flag will be flying higher than the American flag,” warned Claremont Institute Senior Fellow Jeremy Carl. “And if you disagree with that, you’ll be called a bigot.”

“This has nothing to do with our nation,” tweeted the veterans organization Code of Vets, calling the new policy “infuriating.”

Pro-life Nigerian author and scientist Obianuju Ekeocha called the decision “ridiculous.” “Is this now the most important value of the United States?” Ekeocha asked.

Ekeocha also added that “a lot of African countries will be very uncomfortable with it.” But under the Biden administration, U.S. officials “don’t care.”