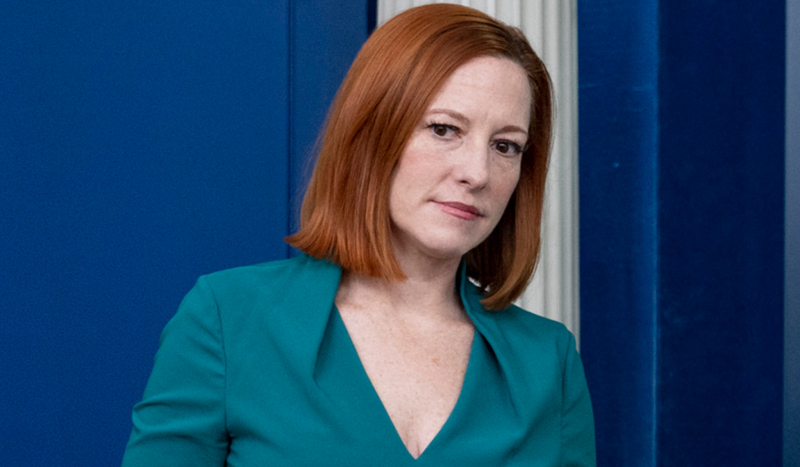 …Republican lawmakers are currently debating legislation that … would target trans youth with tactics that threaten to put pediatricians in prison if they provide medically necessary, lifesaving healthcare for the kids they serve.

Psaki went on to warn that not only “Alabama’s lawmakers” but “other legislators” considering bills to ban subjecting minors to sex-change surgeries and other so-called gender-affirming treatments in their states “have been put on notice by the Department of Justice and the Department of Health and Human Services that laws and policies preventing care that healthcare professionals recommend for transgender minors may violate the Constitution and federal law.”

Psaki argued that “every major medical association agrees that gender-affirming healthcare for transgender kids is a best practice and potentially lifesaving” and that Republican efforts to stop these treatments represent a “threat” that “trans kids’” parents and doctors “could be imprisoned simply for helping them and loving them.”

“President Biden has committed in both words and actions to fight for all Americans and will not hesitate to hold these states accountable,” Psaki said.

CatholicVote Communications Director Joshua Mercer said he was “appalled” by these remarks from the Biden administration. “Psaki wants to talk about making sure nobody violates the constitution? Okay, first of all, it flies in the face of the constitution for a presidential administration to threaten to use federal law enforcement to ‘hold accountable’ elected state lawmakers for even considering passing laws on behalf of their constituents,” Mercer said.

“But beyond questions of procedure, it’s the morality of the subject that’s more glaring. We’re talking about protecting children from being put under the knife for permanent, life-altering procedures,” Mercer said.

“Make no mistake, the Biden administration’s Health and Human Services Department has openly acknowledged what it means by ‘gender-affirming care,’” Mercer explained:

HHS documents name the treatments. They include “top” and “bottom” surgeries – removing underage girls’ breasts and cutting and sewing the genitals of minor boys and girls. Also included are puberty-blocking drugs that can drastically affect vocal and muscular development and also leave kids permanently sterile as adults.

The White House is “trying to use the federal government to stop duly elected lawmakers in every state in the nation from protecting children from abuse and grizzly experimentation,” Mercer said. “Plain and simple.”