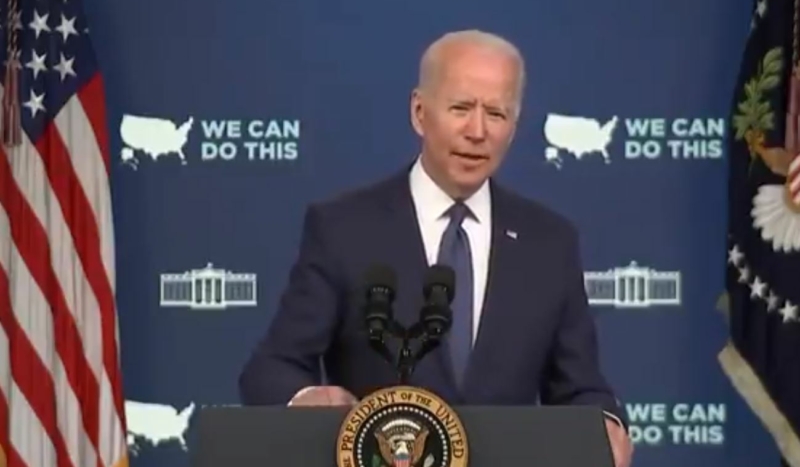 CV NEWS FEED // ABC News obtained audio from a call between the White House and state governors in which officials told states to prepare to vaccinate children between the ages of five and 11 beginning next month.

“In a private phone call Tuesday with the nation’s governors, the White House said states should prepare to begin vaccinating elementary-school-aged kids against COVID-19 in early November,” ABC News reported.

On the call, President Joe Biden’s White House COVID coordinator Jeff Zients told governors that they could expect overwhelming demand for the shot. “It’s important that all of us recognize that parents have been waiting for a pediatric vaccine for a long time so they will understandably be very eager to get their kids vaccinated or kids vaccinated right away,” Zients said.

In remarks this week, Biden similarly claimed that “parents out there are anxiously waiting for a vaccine for children ages five to 11.”

However, as ABC News reported Tuesday, a September poll by the Kaiser Family Foundation found that only “about a third of parents with kids ages 5-11 were willing to vaccinate their kids right away….”

“Precise details on the effectiveness of the vaccines in clinical trials involving kids has not been publicly released,” ABC News noted. “Separate vaccine trials are under way for toddlers and preschoolers, with results expected by the end of the year. A Pfizer vaccine for kids under 5 is expected to become available in early 2022.”

“Now I know parents out there are anxiously waiting for a vaccine for children ages five to 11,” Biden said Thursday:

The good news is the FDA and outside experts from the CDC are set to make its determination as to whether the vaccine will be authorized for that age range in the next few weeks. If authorized we are ready. We have purchased enough vaccines for all children between the ages of five and 11 in the United States.

In light of the Biden administration’s aggressive promotion of mandatory shots — which has roiled whole industries as the White House attempts to force private businesses to fire non-compliant employees — the announcement of a vaccine for children as young as five has been met with grave concern among many.

In an essay for Newsweek, Bethany Mandel pointed out that children are at virtually no risk from COVID-19, an established fact which many thought leaders and public officials seem to ignore:

Throughout the pandemic, COVID extremists promised massive pediatric death tolls, whenever a school would reopen or a mask mandate was dropped. These promised death tolls, mercifully, never materialized, and yet we have learned no lessons about the dangers of COVID when it comes to kids, or the lack thereof.

“Many parents are waking up,” Mandel added.

In one survey, just 44 percent of parents said it was important for students and teachers to be vaccinated, while 55 percent believed it was unimportant or were neutral. And in a new Axios-Ipsos poll, just 47 percent of parents planned to vaccinate their kids, with 42 percent leaning against.