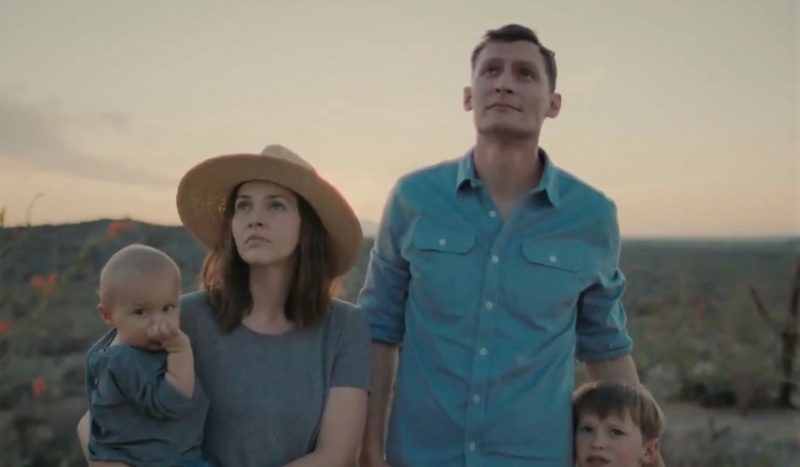 CV NEWS FEED // Arizona Democrats attacked GOP senatorial candidate Blake Masters this week, calling his position that families should be able to raise a family on one income “bonkers.”

Arizona’s Pima County Democratic Party made the comments in response to Masters’ video announcing his run to challenge Sen. Mark Kelly, D-AZ, for his seat.

“‘We need to build an economy where you can afford to raise a family on one single income’ is code for: women should not work,” the Pima County Democrats tweeted, quoting Masters. The Democrats added several hashtags mocking Masters, including “#Qnuts,” “#BizarroAd,” “#Bonkers,” and “#Handmaiden,” a reference to the novel Handmaid’s Tale which is about enslaved women.

In the Democrats’ “ideal world, every kid sits at school 12 hours a day so that every parent can work a mind-numbing corporate job in the name of ‘progress,’” Masters replied. “Also, a lot of single mothers are trying to support a family on a single income,” he added. “That should be harder, for the sake of… what? What are Pima Dems really saying here?”

Many others responded to the Pima County Democrats to protest their mockery of single-earner families.

Pedro Gonzalez of Chronicles Magazine chided the Democrats for thinking “mothers should spend all their time slaving away in cubicles instead of spending time with family and raising kids.”

“Wait. I thought it was about women having the CHOICE to work or not while raising their family,” wrote Twitter user Rachel. “Don’t you want them to have that choice?”

“I quit my job after my first child was born bc I didn’t want to leave her at daycare with strangers,” replied another. “Husband had to work two jobs for awhile. Missed his first Father’s Day. Way to be absolutely myopic and obtuse.”

While conservatives objected to the Pima County Democrats’ tweet, commenters on the political Left also criticized it, citing the long-held political goal of generating higher wages for working class Americans.

“Raising wages to where a family can survive off one income is good,” tweeted The Populist Democrats Coalition. “That doesn’t mean the ‘stay at home parent’ must always be female. Making the lives of the working class easier is good.”

Policy analyst Chase Reid responded with a graph from a recent poll showing that most Americans, with the exception of the upper class, tend to prefer a single-income arrangement while they raise children.

Readers can watch Blake Masters’ video announcing his candidacy below.