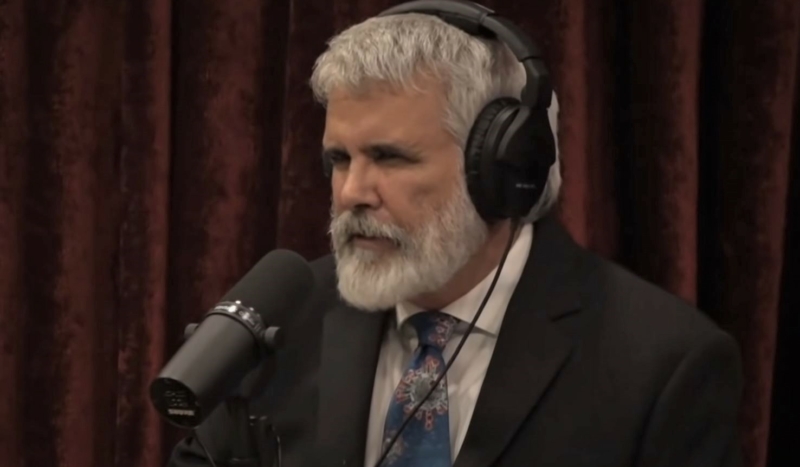 Dr. Robert Malone, a leading virologist who played a central role in the invention and development of mRNA vaccines, has been attacked in the media for his criticisms of the COVID-19 vaccine rollout and its attendant mandates. Last week Twitter permanently banned Malone. The social media giant later banned video of his interview with Rogan.

Below are a few highlights of what Malone said during the interview, which can be found in its entirety here on the alternative video hosting site Rumble.

From Prestigious Career to Outcast

Malone explained that his career was prestigious and mainstream for decades, starting with his early discoveries which led to the development of mRNA vaccines. He had worked alongside many well-known figures, including Anthony Fauci himself, and coordinated research projects that received “billions” in government funding.

Today however, Malone said, he is a “pariah.”

Malone said that he is uncertain exactly which tweet Twitter took as its justification for permanently banning him from the platform. One possible reason was his criticism of the World Economic Forum, which coined the idea of taking COVID-19 lockdowns as an opportunity to “build back better” and fundamentally transform the way the world operates.

Malone also mentioned being banned from the professional social media site LinkedIn after he pointed out that the head of Reuters also sits on the board of Pfizer. LinkedIn later reversed the ban and apologized to Malone, he said.

“I’ve done what I want in my career,” Malone said, pointing out that he does not financially benefit from his outspokenness. “This is not a fun thing to be doing at this stage…”

Malone warned of the “long-term consequence on public health” that will come as a result of powerful institutions alienating and accusing innocent people of being “anti-vaxxers” just for exercising judgment. Already some are saying “Oh Gosh, if this is how these people make decisions, I don’t want anything to do with it, and I certainly don’t want it jabbed into my kid,” Malone said.

Many Americans now realize how much cynicism and corruption exists among elites, Malone said. “Pfizer is one of the most criminal pharmaceutical organizations in the world, based on their past legal history and fines,” he said:

What do those fines include? Bribing physicians. It is a cost-benefit analysis in the pharmaceutical industry about misbehavior. They are not grounded in the ethical principles that you and I, average people, believe in. They don’t live in that world. They are about profit, return on investment.

Malone also noted that the pharmaceutical industry is owned by “overlords” such as “Blackrock, Vanguard, State Street, whatever – these massive funds that are completely decoupled from nation-states have no moral core or moral purpose. Their only purpose is the return on investment. That is the core problem here, and the fact that we as a society have become grossly fragmented…”

Malone went on to point out that, while some segments of society are disenchanted with the narratives promulgated by elites, many others have fallen in line. Citing the work of a professor Mattias Desmet of the University of Ghent, Malone warned of the rise of “mass formation psychosis” over the last two years.

“How is a third of the population basically being hypnotized, and totally wrapped up in whatever the mainstream media and Dr. Fauci feeds them and whatever CNN tells them is true?” Malone asked.

“The other day I was reading the New York Times about Omicron and pediatrics and I saw this headline from an epidemiologist: How to Think About Omicron’s Risk for Children,” Malone recalled. “It was blatantly saying, ‘This is how you should think, we’re going to tell you how to think.’ People have to get that in their heads. That’s the world we’re in right now.”

“What Mattias Desmet has shared … comes from a European intellectual inquiry into what the heck happened in Germany in the 20s and 30s,” Malone said. “Very intelligent, highly educated population, and they went barking mad. And how did that happen? The answer is mass formation psychosis.”

Regarding COVID-19 vaccination mandates, Malone said, “Our government is out of control on this,” according to Jack Philips of the Epoch Times. “And they are lawless,” Malone said:

“They completely disregard bioethics. They completely disregard the federal common rule. They have broken all the rules that I know of, that I’ve been trained [in] for years and years and years.”
“These mandates … are explicitly illegal” and “are explicitly inconsistent with the Nuremberg Code,” Malone said during his interview with Rogan, referring to the set of research ethics principles against human experimentation. “They are explicitly inconsistent with the Belmont report,” he said, referring to the 1978 report published in the Federal Register regarding ethical principles and guidelines for research involving human subjects.
“They are flat-out illegal, and they don’t care.”

“When you have a society that has become decoupled from each other and has free-floating anxiety in a sense that things don’t make sense, we can’t understand it,” Malone warned. “And then their attention gets focused by a leader or series of events on one small point, just like hypnosis. They literally become hypnotized and can be led anywhere.”

In that state, the public could follow elites or leaders into atrocities, Malone suggested.

Malone recalled that in 2019, many were feeling lost and adrift. But then “this thing happened. That is how mass formation psychosis happens and that is what has happened here.”