Analysis: A Reason for SCOTUS to Rule on Dobbs Quickly 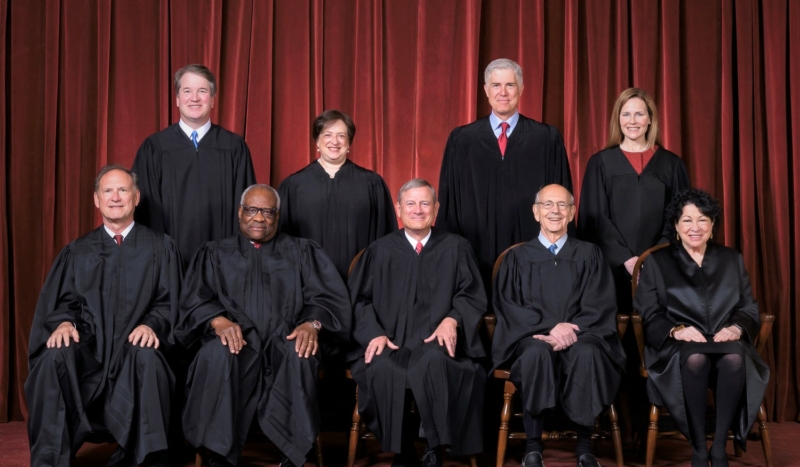 CV NEWS FEED // As America awaits the Supreme Court’s ruling in the case of Dobbs vs. Jackson, some have pointed out a reason for the Court to hand down their decision sooner rather than later.

According to a 2019 Supreme Court ruling, the vote of a federal judge in any court case is nullified if he or she dies before the ruling is officially handed down. As the Associated Press reported at the time:

The high court said in an unsigned opinion that a federal court can’t count the vote of a judge who died in a decision issued after the judge’s death. The justices said “federal judges are appointed for life, not for eternity.”

…The Supreme Court’s decision aligns with its own practice — that when a justice has voted in a case but dies before a decision is issued their vote doesn’t count. That happened most recently in the case of Justice Antonin Scalia who had voted in cases that were pending at the time of his death in 2016.

The 2019 ruling bears disturbing relevancy to the case of Dobbs, in which five pro-life justices have signaled they would cast their votes to overturn Roe vs. Wade – the 1973 ruling that imposed legal abortion nationwide.

According to a leaked draft of the Court’s decision, “Roe was egregiously wrong from the start,” reported POLITICO:

“We hold that Roe and Casey must be overruled,” [Justice Samuel Alito] writes in the document, labeled as the “Opinion of the Court.” “It is time to heed the Constitution and return the issue of abortion to the people’s elected representatives.”

Since the leak of that draft decision, there have been countless threats of violence against the pro-life justices who voted in line with the opinion.

And the threats are clearly not empty. Last week, police arrested an armed gunman near the home of Justice Brett Kavanaugh. The gunman admitted to authorities that he had intended to murder Kavanaugh, specifically because of the justice’s reported vote in the Dobbs case.

Within hours of the arrest of the would-be assassin, the radical pro-abortion group Ruth Sent Us published details of the daily schedule of Justice Amy Coney Barrett, another pro-life voter in the case of Dobbs. While the group was widely criticized for hinting at targeting Barrett and her children, it would still be several days before House Democrats allowed the passage of a bill providing heightened security to members of the Court and their families.

Republicans had fiercely criticized Democrats for delaying that bill. The original version of the bill passed the Senate unanimously almost immediately after pro-abortion groups began threatening pro-life justices, but Democrats blocked the measure for nearly a month and a half.