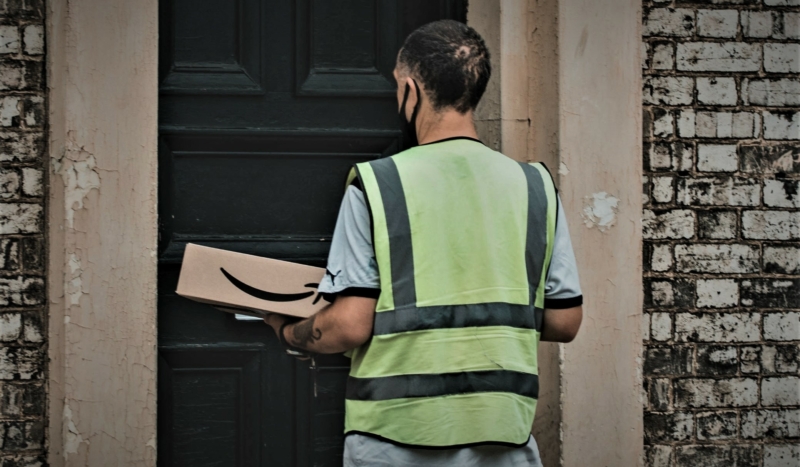 CV NEWS FEED // Political analyst Ryan Girdusky pointed out that tech giant Amazon has a track record of ignoring its workers’ rights, but uses “woke” messaging to run cover for its lack of ethics.

“Mega-corporations nowadays avoid public scrutiny for their treatment of workers by adopting a woke social agenda,” Girdusky wrote in a column for Newsweek. “But public posturing doesn’t change the fact that those corporations subject their employees to harsh conditions and work to prevent them from affecting corporate policy.”

“Amazon,” Girdusky said, “is among the worst offenders.”

He cited a number of public scandals involving Amazon’s treatment of workers, and its efforts to keep employees from gaining more influence over their conditions.

When pro-worker shareholders “assembled a resolution that called for an hourly paid worker to be placed on [Amazon’s] board,” they “were rebuffed.”

In March, Amazon mocked a Wisconsin congressman who accused the Big Tech corporation of denying “employees necessary bathroom breaks, forcing them to pee in water bottles….”

Amazon, however, “was forced to apologize for its denial after documents and images revealed by The Intercept showed that ‘the practice was so widespread due to pressure to meet quotas that managers frequently referenced it during meetings and in formal policy documents and emails,” Girdusky wrote.

Amazon reportedly “instigated an internal campaign against unionization in a Bessemer, Alabama, warehouse” so aggressively “that some workers described it as harassment,” Girdusky continued:

Some 30 employees spoke with Business Insider in 2019 “about the ‘brutal’ working conditions at Amazon, from long work hours and workplace injuries to reports that the corporation cut bonuses for employees who had their wages increased to $15 per hour.”

“So while Amazon executives gladly donate to Black Lives Matter, wave rainbow flags during pride month and push woke orthodoxy on consumers—who either approve of the progressive platitudes or the convenience of Amazon’s business model,” Girdusky wrote, “they do so on the backs of workers who ought not be silenced for raising concerns over their working conditions.”

Until the rise of strongly Left-leaning corporate culture and Big Tech monopolies in recent years, workers’ advocates on the political Left touted themselves as unflinching opponents of unethical corporations.

“Progressive activists who have spent the last century fighting against corporate abuse and for workers’ rights should not allow Amazon to buy them off so easily,” Girdusky concluded.