After Dobbs, NeverTrump Conservative ‘Grateful’ That Others Voted Trump 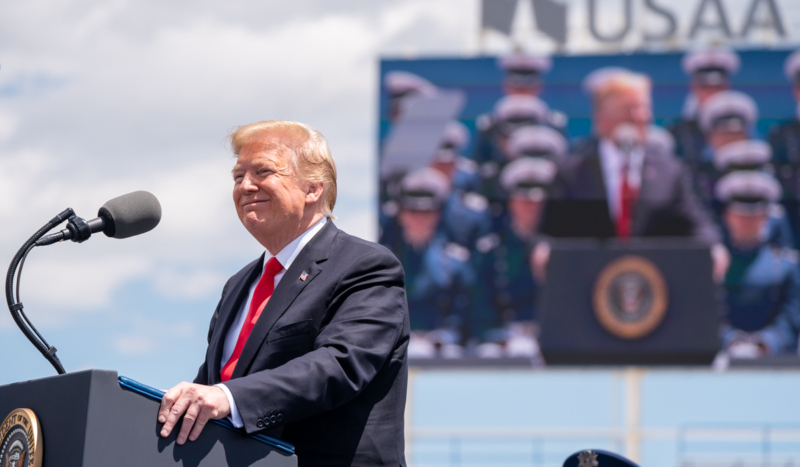 CV NEWS FEED // Erika Bachiochi, a pro-life legal scholar who refused to vote for Donald Trump in 2016, has penned an essay for the New York Times expressing gratitude that other pro-life voters did vote for him.

While she once advocated against pro-lifers casting a vote for Trump, Bachiochi softened after reflecting on the ramifications of the Dobbs v. Jackson Supreme Court case. Thanks to the pro-life justices nominated by Trump and confirmed during his presidency, Dobbs could lead to a dramatic victory for the pro-life movement when the Court issues its ruling next year.

Bachiochi lives in a blue state (Massachusetts) where Republican presidential votes are virtually guaranteed to make no difference, she wrote. During the past two presidential elections, however, “I felt a strong sense of relief that I was free from the hard trade-offs of voters in battleground states and could just cast my vote for a write-in candidate.”

“Yet listening to oral arguments in Dobbs v. Jackson Women’s Health Organization last week, I realized more clearly than before how grateful I am to those pro-lifers who did what I did not, would not, could not: cast a vote for Donald Trump,” Bachiochi wrote:

Politics is an art of prudence, and what I regarded as a deal with the devil they took to be a prudential act to achieve an essential end. For ending the abortion regime must be the keystone of standing against the individualistic libertarianism that characterizes our politics, left and right — and privileges the powerful over the weak and dependent. Ironically, and perhaps accidentally and certainly boorishly, Mr. Trump may have brought about what others could not.

While Bachiochi maintained her distaste for Trump as a leader in the pro-life cause, she conceded that “Mr. Trump kept his promises to pro-lifers, nominating justices who now appear poised to overturn Roe v. Wade.”

“But it’s not only that,” Bachiochi went on. “Mr. Trump’s economic populism (at least in rhetoric) blasted through the libertarianism that has tended to dominate the G.O.P., a libertarianism that has made the party’s alliance with pro-lifers one of strange bedfellows indeed.” She added that in a “post-Roe world,” the GOP will “have to offer the country the matrix of ethnic diversity and economic solidarity that Mr. Trump stumbled upon, but without the divisiveness of the man himself.”

Bachiochi went on to lay out what she believes will be needed in the political landscape that would emerge should Roe be reversed and the issue of abortion returned to the states. She called on the GOP to continue to emphasize what former President Trump emphasized: solidarity between citizens, in place of an abstract concept of every citizen as an independent individual.

The Democratic Party, she argued, was once the natural home of pro-lifers and other “solidaristic” voters who believed the human family is by nature profoundly interdependent. After the passage of Roe v. Wade and the Democrats’ embrace of abortion, however, the Party has slowly become a voice for elites — as well as for women with the ambition to join the elites, even at the cost of their own children’s lives.

By emphasizing solidarity and the concerns of working families, Bachiochi wrote, the GOP could easily fill a needful void in American politics should Roe be stricken down.

“This is all for the future,” she concluded. “For now, we can say with surety and surprise, history will record that any of this was possible in 2022 because of a very unexpected figure, our 45th president.”

Subscribers to the New York Times can find the full essay here.