A Pro-Life Analysis of Biden’s Build Back Better Act 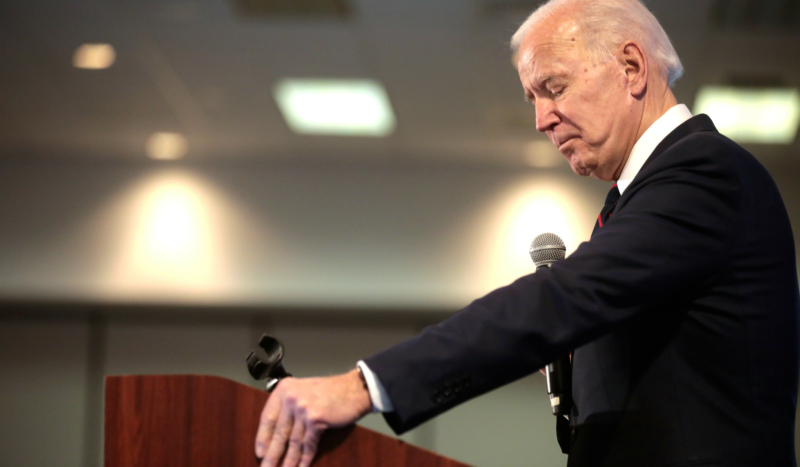 CV NEWS FEED // After President Biden pitched a reduced $1.75 trillion version of his funding bill to Congress Thursday, CatholicVote Director of Government Affairs Tom McClusky offered some insights on how the plan would affect the pro-life cause.

McClusky quoted a remark from Sen. Dick Durbin, D-IL. “Some people look at the donut and just see the hole,” said Durbin. “I see the donut. This donut is substantial.”

“Dick Durbin’s donut is also fatty and not good for you,” McClusky quipped, calling the Build Back Better Act “wrongly titled,” and a “spending boondoggle of a reconciliation bill.”

“While the supposed cost of the bill is lower, the policies that threaten stability, the economy, and the right to life remain,” McClusky explained:

Billions in grants are open to abortion providers as well as to be used for expanding state exchanges that were first created under Obamacare – none of which have federal restrictions against taxpayer dollars being used to subsidize plans that pay for abortions. In addition, the bill puts abortion giant Planned Parenthood into the state exchanges as a provider! That means the nation’s largest abortion provider can provide even more death – now at taxpayer expense.

McClusky also warned about the bill’s inclusion of funds for “non-emergency medical transportation services.” That “could mean that enrollees could be transported at taxpayer expense for an abortion at any point in pregnancy,” he said, adding that the bill includes additional “public health” funding as well that “could be used to train doulas and others to assist or perform elective abortions.”

“That is not the worst part though,” McClusky said. “The bill seeks to mandate abortion coverage through Obamacare for the Medicaid population for 2024 and 2025.”

“Since 1976 Medicaid has been prohibited from being spent on abortions,” he said, “thanks to the life-saving Hyde amendment which has been included in annual appropriations for the last 4 decades.”

The Hyde amendment, which prohibits the use of taxpayer dollars to fund most abortions, has been a customary attachment in spending bills since its inception shortly after the Roe v. Wade ruling.

As CatholicVote has reported, leaders in both major parties have always supported and cosigned Hyde until just this year, when the Biden administration and newly-elected Democrats began advocating against the bipartisan amendment.

In response to the Biden administration’s unprecedented campaign against Hyde, the U.S. Bishops and many others have repeatedly pleaded with the White House and Democratic leaders to leave the amendment in place. The bishops’ letters to Congress and to the president have gone largely unanswered by Democrats and by President Biden.

“We and other legislative analysts agree that the Democrats’ bill expands Medicaid funding while removing Hyde protections,” McClusky said. “They do this deceptively in the text, apparently in hopes of pulling a fast one on Senator Joe Manchin, D-WV, who has insisted such pro-life protections be included in any Medicaid expansion.”

The “deceptiveness” is in the details, McClusky explained:

Subclause (I) of the bill only refers to the Medicaid authorization, not its appropriation via Labor/HHS: “Federal payments would have been available under title XIX of the Social Security Act.” But Title XIX does not have Hyde protections. Neither does the unlimited direct appropriation in subparagraph (B)(ii) to reimburse issuers for this mandate.

“We expected smoke and mirrors throughout this bill when it came to abortion funding,” McClusky said, but “instead all we are getting is smoke. And Senator Manchin needs to make sure he doesn’t breathe it in.”

Can the Pro-Life Movement Stop the Bill?

“There is still time to stop the bill,” said McClusky. Ironically, the votes on the bill “have been delayed due to opposition within the Democratic Party,” he explained. “Reconciliation is a congressional procedure that allows the Democrats to pass the legislation with no Republican support.”

Sen. Sheldon Whitehouse, D-RI, has said that Senate Majority Leader Chuck Schumer is telling Senate Democrats they have about a week to negotiate things back in or out of the reconciliation framework released today.

And during that time, “Senator Manchin needs to see past Nancy Pelosi’s deceptions and insist that the bill includes pro-life protections,” said McClusky.