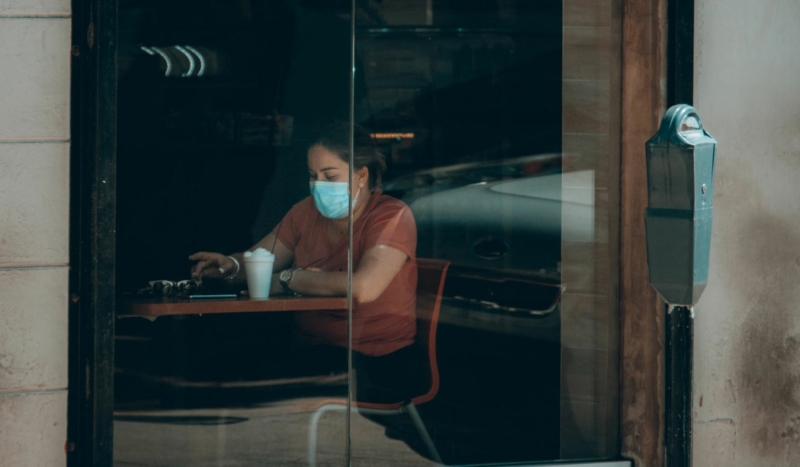 But as CatholicVote noted in the report, “Ding is only the latest example of many prominent people with direct ties to school lockdown advocacy (and even policymaking) who, in their private lives, live more freely than they would prescribe for others.”

As regular readers of CatholicVote’s The Loop will know, this inconsistency is not only seen among officials involved in education policy.

We’ve regularly reported stories about strict lockdown advocates of all stripes who quite obviously do not believe in their own public statements about the unnavigable dangers of ordinary life–dangers which require us to entrust them with the authority to dictate what we may and may not do.

After months of reporting these stories individually, we thought it would be worthwhile to offer our readers a compilation, to draw attention to what can only be called a consistent pattern.

It’s worth keeping in mind that these aren’t just ordinary people with pro-lockdown opinions. In most cases, they are the people responsible for instituting lockdown policies. After reading the stories below, it might be worth asking: If these people can live free, why should they be trusted with the power to deny us the same freedom?

February 2021: Despite leading school closures, Matt Meyer, president of the Berkeley Federation of Teachers (CA), was seen dropping off his 2-year-old daughter for in-person preschool. But the public schools in Berkeley won’t be reopen for in-person learning until the end of March. “Why is that safe for him and those people who work there (at the preschool), but not for all of the kids in Berkeley Unified and the teachers? The answer is: It is safe,” said Jonathan Zachreson, founder of Reopen California Schools.

December 2020: A leader in the Chicago Teachers Union is facing criticism for posting a picture of herself vacationing in the Caribbean while simultaneously opposing in-person instruction.

November 2020: White House Coronavirus Task Force Coordinator Dr. Deborah Birx apparently violated the very recommendations she made for how Americans should spend Thanksgiving. At a press briefing on Nov. 19, Birx called upon Americans to “increase their vigilance at this moment.” But the Associated Press reported that Birx traveled to a vacation property in Delaware, where she was joined by three generations of family members. In response, Birx denied that she went to Delaware “for the purpose of celebrating Thanksgiving.”

November 2020: In early November, the mayor of Austin, TX, implored citizens on the “need to stay home.” But he was vacationing in Cabo San Lucas, Mexico, at the time. Mayor Steve Adler said his actions did not violate his own recommendations: “Someone could look at me and say, ‘He traveled.’ But what they could not say is that I traveled at a time when I was telling other people not to travel.”

November 2020: Los Angeles Supervisor Sheila Kuehl voted to ban all outdoor dining last Tuesday. She referred to outdoor dining as a “most dangerous situation.” Then hours after her vote, Kuehl visited a restaurant in Santa Monica and dined outdoors.

November 2020: Denver Mayor Michael Hancock urged residents to avoid Thanksgiving travel. Then he flew across the country to see family. “As a public official, whose conduct is rightly scrutinized for the message it sends to others, I apologize to the residents of Denver,” Hancock said.

November 2020: Gov. Gavin Newsom, D-CA, held a lunch with lobbyists at The French Laundry, a restaurant where food is $350 a plate. Photos obtained by Fox LA indicated that the number of people in the governor’s party exceeded limits he recommended for others. No one was seen wearing masks. In attendance with Newsom was the CEO of the California Medical Association.

September 2020: House Speaker Nancy Pelosi visited a shuttered hair salon in San Francisco for a wash and a blow-out — despite local ordinances that have kept salons closed during the pandemic. Salon owner Erica Kious was outraged by Pelosi’s double standard. “It was a slap in the face that she went in, you know, that she feels that she can just go and get her stuff done while no one else can go in, and I can’t work,” Kious said.

May 2020: Gov. Michelle Lujan Grisham, D-NM, had ordered all “non-essential” stores to close in April. But Grisham called an employee of the Lilly Barrack jewelry store and had them open up the store so she could purchase items and leave them outside the store so the governor could pick them up. State Republican Party chairman Steve Pearce said the incident was “really disgraceful.”

These are just a few examples. Can you think of any we missed? Let us know in the comments below!