Under Siege: 5 Questions with Austin Ruse 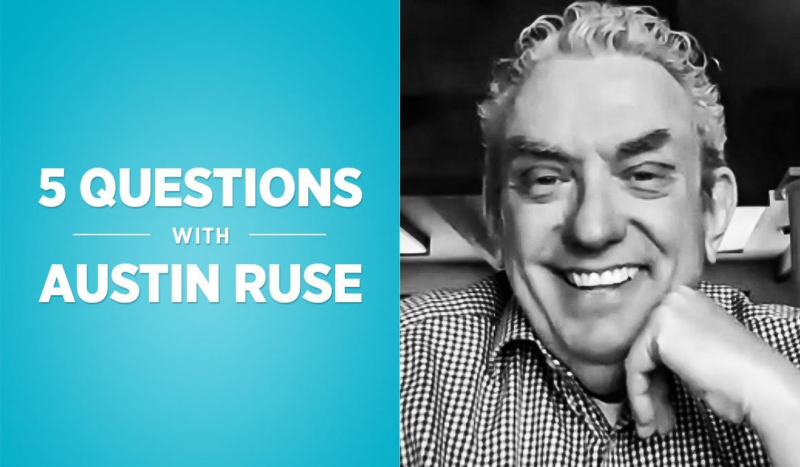 CV NEWS FEED // Austin Ruse is president of C-fam, a New York and Washington DC research institute in Special Consultative Status with the UN Economic and Social Council. He is a bi-weekly columnist with Crisis Magazine. He has written four books. His latest book is out on April 27th from Sophia Institute Press and is called “Under Siege: No Finer Time to be a Faithful Catholic.” It is a bracing and inspirational look at the troubles facing us today.

Ruse sat down recently with CatholicVote to talk about his new book. Please read that conversation below.

CatholicVote: In your new book you make some rather startling claims. Let’s start with your claim that we live under a new established church.

Ruse: From the founding of the United States and down to the mid- 20th Century there was a healthy debate in this country about how we view ourselves as a people.

On the one hand are those we can call providentialists, who believe that God works in history, that it’s important for people to acknowledge this, and that the community should actively instill these beliefs in children as a basis for civic virtue.

On the other hand are the secularists, who insist that acknowledgments of deity must be purely private, and that the government acts improperly if it enters into religion or expresses or endorses religious beliefs.

In the words of legal scholar Steven Smith, what one constituency views as imperative, the other regards as forbidden.

Each party had a claim on the public square. It was a healthy debate. Since our founding, sometimes the providentialists won. Other times the secularists won.

But then came the school prayer decision by the Supreme Court in 1962, and here the federal government took a side in the debate and came down squarely on the secularist side. In that decision the Supreme Court said the object and purpose of government must be secular. They did not say it explicitly, but what this came to mean is that the object and purpose of government must be without God. And even more, even worse, that this is what we must teach our children.

This was the beginning of an established state church that was fleshed out by future Supreme Court decisions, including those on contraception, obscenity, abortion, sodomy, and same-sex marriage. These decisions have filtered all the way down to the local grade school, where six-year-old children are taught that sex is assigned at birth, and that boys may become girls. These can only be viewed as religious assertions.

CatholicVote: You single out Rod Dreher for criticism in the book. Explain that.

Ruse: I argue in the book that we are living through one of the most remarkable epochs the Church has ever known, and not in spite of all the problems we face in society today but precisely because of them.

God knows what He is about, and He knew this time would come and He knew that He would need people like you and me to defend His creation. And how glorious is that?

I argue that there are certain predispositions, certain distractions, that prevent some people from engaging this remarkable time. I argue that fear is one of these distractions. I have read Rod closely and have come to know that he is something of a fearmonger.

For Rod — whether it is Y2K, peak oil, soft totalitarianism, or especially the pandemic — Western civilization and indeed the world is always about to end. I have in mind Lot’s wife who was so mesmerized by the danger that she was frozen and unable to move. I worry about the influence he has on his readers.

I see and report on exactly the same things that Rod sees and reports on and I say how glorious it is that God sent the likes of us in such desperate times.

CatholicVote: You just said that we are living through one of the most remarkable epochs the Church has ever known. What do you mean by that?

Ruse: The early Church was honored to participate in and to decide the great question of who Jesus Christ is.

The later Church was honored to participate in and decide the great question of what the Church is.

In our time, we are honored to participate in and help decide the great question of what the human person is. Each of us has a stake in this debate, and each of us is welcome to take part.

Our fight today is no less than any of those fights. And just as we look back upon those generations with great admiration, our ancestors will look back upon our time with great envy that they could not be here with us in times of such danger.

CatholicVote: But isn’t the Church kind of falling apart now?

Ruse: Consider that when John Kerry ran for president in 2004, only 35 bishops challenged his dissent from Catholic teaching. A few years later Obama went to Notre Dame to receive an honorary degree, and that 35 had grown to 80 bishops who spoke out. And then came the debate about Obamacare and whether abortion should be a part of it, and how many bishops stood up? Two hundred.

Even with uncertain trumpets issuing from certain places in the Church, nonetheless Holy Mother Church has never wavered even once on abortion or contraception or marriage.

And if you look at the growth of orthodox orders and institutions you can see remarkable growth.

When I was converting in the 80s, I did not know what to read and I didn’t have anybody who could tell me what to read. I finally discovered Ignatius Press. But now we see an explosion of orthodox Catholic publications, and publishing houses, and radio, and television, and podcasts. We also see orthodox orders and congregations bristling with growth.

We live in a time of great saints and spiritual giants, too. There is no need to long for times past. We have lived in the time of Padre Pio, Gianna Molla, Carlo Acutis, Pier Georgio Frassati, John Paul II, Mother Teresa, Josemaria Escriva, and so many others. No need to be nostalgic. We live in a great age.

Finally, I would point out a series of events beginning with the Long Lent and going right down to the present day that demonstrate that the world is obsessed with the Catholic Church. There were five or six events that came right on top of each other beginning in 2002 which show something quite remarkable is happening in the Church and in the world.

I don’t want to give away too much about this insight into recent history. After all, I want to sell some books. But it is thrilling to consider what has happened over the past twenty years.

CatholicVote: Many Catholics would say we’re living in downright terrible times. What can Catholics do?

Ruse: You can do practically anything to make the world a better place. So immense, so vast are the challenges we are living through, you don’t have to do a great deal to make a contribution.

Not everyone can stand in the public square like I do, like my wife does, like you at CatholicVote do. But even little things, even things done sotto voce, can mean a great deal.

The troubles are so vast and immense around us that there are halos hanging on the lowest branches of the trees. All you have to do is reach up and grab one.