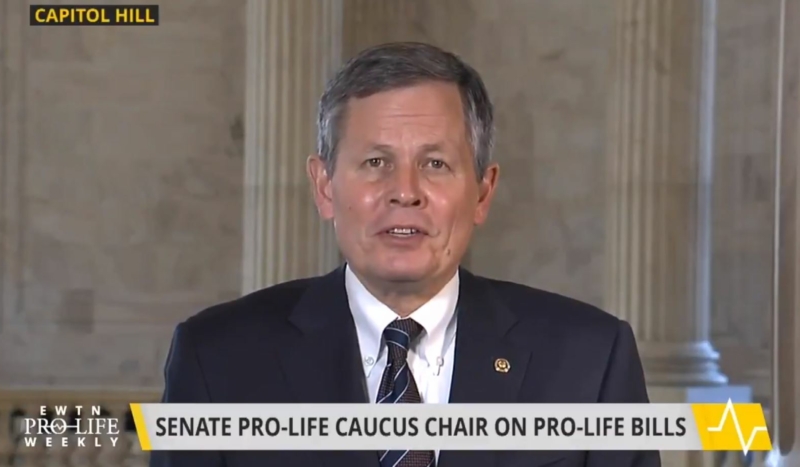 CV NEWS FEED // Sen. Steve Daines, R-MT, announced that he and 47 other senators will block any bill that would undermine the Hyde Amendment or other current protections for the unborn.

In a Friday letter addressed to Senate Majority Leader Chuck Schumer, D-NY, the 48 senators wrote that the Hyde Amendment “has enjoyed decades of bipartisan support, including from then-Senator Joe Biden, and has been signed into law by Democrat and Republican Presidents alike.”

“We are deeply opposed to efforts to allow taxpayer funding of abortion on demand and eliminate this more than four-decade-old consensus,” the letter continued:

Instead, we urge you to allow the Senate to continue its long tradition of bipartisan cooperation in enacting annual appropriations, as well as other health-related spending, with longstanding pro-life protections intact.

“We now have a filibuster-proof majority that will ensure that no matter what Chuck Schumer tries to do with the pro-abortion forces, we can stop it,” Daines told EWTN’s Catherine Hadro.

To pro-life advocates, the announcement represents a much-needed rally of pro-life senators after the political setbacks of the latest elections, when Democrats captured the Senate by the narrowest of margins.

The 48 senators’ pro-life pledge promises to have real ramifications. Under current Senate rules, 41 senators can block any bill through the use of a filibuster. If the pro-life senators were to filibuster a bill, their opponents would need 60 votes to end the debate.

There are 50 Democrats and 50 Republicans in the Senate.

“These pro-life senators have made clear that they won’t allow the slimmest of Senate majorities to undermine long-standing pro-life protections,” said CatholicVote President Brian Burch. “We applaud Senator Daines for his leadership on this.”