Your Kids, Your Choice 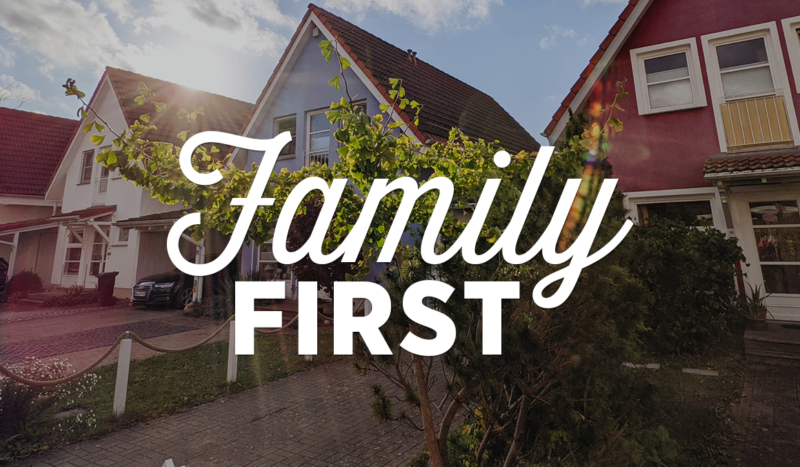 Now Joe Biden is working on a takeover of American families.

The family is the foundation of every society. Children are our future — future citizens, workers, parents — our legacy. St. John Paul II said it this way: “As the family goes, so goes the nation, and so goes the whole world in which we live.”

Nearly everyone now agrees — the American family needs help. The last year only highlighted the struggle. An economy built on dual incomes, skyrocketing childcare and college tuition costs, and decades of stagnant wage growth (until Trump), are just some of the challenges facing parents.

Now Republicans and Democrats are trading ideas on how to help.

Joe Biden and the Democrat’s vision:

Government should assume a much larger role in raising your children, starting as early as three years of age. Last week, President Biden announced his new $1.8 trillion “American Families Plan,” which includes universal pre-K and tax cuts for parents who send their children to daycare, among other ideas. In sum, children need to be “managed” so that more women can enter the workforce (equity!), and Americans can focus on fulfilling their personal professional goals.

Importantly — private schools or home-schools don’t get the same help.

Republican Senators are proposing plans that prioritize flexibility, allowing parents to choose what is best for their own children. They recognize that a one-size-fits-all solution would be a disaster. For example, many families would prefer a private Catholic preschool or homeschool option, or for one parent to stay at home. In fact, the COVID pandemic has prompted millions of women to consider leaving the workforce altogether.

Under a plan backed by Sen. Marco Rubio and Sen. Mike Lee, the child tax credit would expand to $3,500 per child — and $4,500 per child under the age of six. Families could spend the money on daycare or Catholic pre-school — or they could use the money to enable one parent to stay home with kids. It’s a plan that lets families decide which solution works best for them. Another solution, offered by Sen. Josh Hawley, would provide a $6,000 refundable tax credit for single parents and $12,000 for married couples with children under 13.

Author J.D. Vance explained in yesterday’s Wall Street Journal that, while not all non-parent led childcare is bad, the majority of middle class families would be better off with real choices.

“Research shows that high-quality care is often beneficial for children from disadvantaged homes. But young children from average, healthy homes can be harmed by spending long hours in child care. Moving millions of young children out of their homes into nonparental group care will have unintended negative effects on children’s emotional and social well-being.”

The choices are stark. Democrats aren’t looking to merely help families manage the costs of raising children. They are looking to remake society altogether — where the new norm would be children in government-run childcare centers starting at age three.

Republicans are stepping up with alternative plans that respect the authority of parents, and more importantly, respects the autonomy of families. Most families don’t want to outsource their parenting. They want the flexibility to spend more time with their children.

As my friend Terry Schilling says: “Joe Biden’s problem is that he fundamentally misunderstands the purpose of work… We work hard so that our families can have a good life. Real support for families means policies that will lead to parents spending more time raising their children, getting married earlier, and having more children.”

“Biden’s plan would encourage the exact opposite.”