Why this ‘Unplanned’ Actress is Unafraid to Risk Her Career 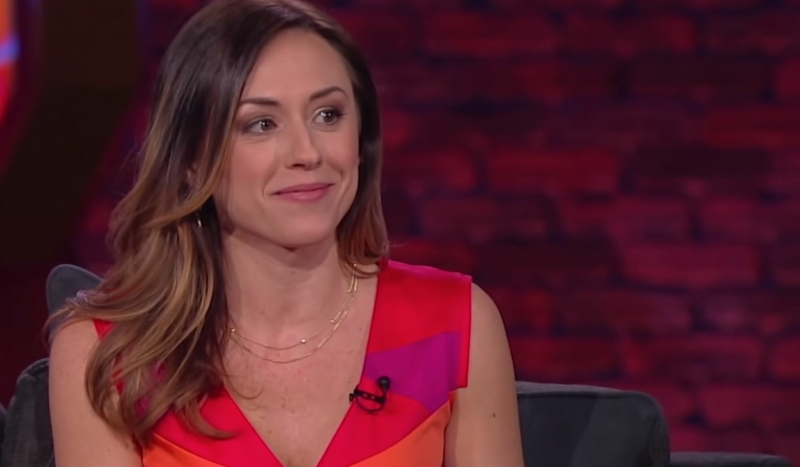 Hollywood regularly fawns over actors who openly promote abortion. But one actress is challenging their narrative – with her own career.

On May 4, actress Ashley Bratcher took the stage in New York City’s Times Square during a Focus on the Family event, “Alive from New York.” To an audience of thousands, Bratcher admitted she once considered the unborn baby a “blob of tissue.” But she said God gave her the confidence to risk her career in order to prove otherwise.

Bratcher rose to fame earlier this year after starring in the film Unplanned. She played Abby Johnson, a former Planned Parenthood director who became pro-life after assisting in an abortion.

That changed when she encountered Abby Johnson’s testimony.

“When I heard what she described working at Planned Parenthood, and what she saw during that ultrasound-guided abortion, I was devastated,” Bratcher said. That’s because the actress had “believed the lie” that an unborn baby is “just fetal matter” or “a blob of tissue.”

But in fact “life is precious,” she said, and Americans can see that with the sonogram, which is the “window into the womb.”

Her comments came after a 4D sonogram of Johnson’s unborn baby – her eighth child – was shown on the stage screen for New Yorkers to see. The baby’s heartbeat also played over loudspeakers.

Afterwards, Johnson herself appeared on stage. Placing her hands on her baby bump, she announced: “This is a baby. This right here is a baby. It’s not a cat. It’s not a parasite. This is a human being with a heartbeat.”

The event came after New York Governor Andrew Cuomo signed into law the Reproductive Health Act in January. Among other things, the state legislation allows late-term abortion “at any time” to “protect a patient’s life or health.”

But even with new laws, Johnson declared, “Life is winning,” and that “in the end, we know that we will see victory because we have the number one advocate on our side.”

That advocate, she said, was Jesus Christ.

Today, Johnson, who herself has had two abortions, leads the pro-life group And Then There Were None, which helps abortion workers leave their industry. She revealed at the event that her group has helped more than 500 workers just in the past six years.

Her story gained momentum when Unplanned debuted. And Bratcher, she confirmed, was the perfect pick to star in it.

Bratcher agreed she was meant to play Johnson. She shared with the audience her own story about abortion. When she landed her Unplanned role, she “hesitated” before telling her mother.

“My mom had told me that when she was younger, she’d had an abortion when she was in high school,” she said. “I didn’t want her to think that in me doing this movie that I was judging her.”

As Bratcher chose her words carefully, her mom “started sobbing” before telling her daughter that, when she was a 19 year old, she visited an abortion clinic for a second time.

“I had been taken back into the room and I was on the table being examined by a very pregnant nurse,” Bratcher recalled her mom saying. “I got really sick to my stomach and I knew that I couldn’t go through with it. And I got up, I walked out, and I chose to have you.”

Offstage, Bratcher told Focus on the Family that she started crying when she heard about her own close call with abortion, because “it was evidence to me that God really does plan our steps.”

It proved that “He knew me before He formed me in my mother’s womb,” she said. “He and His providence provided for this moment all the way through my life to step alongside of Abby and tell her story to the world.”

That story was something she didn’t mind risking her career to tell.

Before she was offered the role, Bratcher revealed that the directors of Unplanned said to her “this could end your career, does that matter to you – that you might not ever work again?”

“It was easy for me to say I don’t care because I find my identity in Jesus Christ,” Bratcher said. “I don’t find my value or my worth in my projects. And I know who I am, and I know what I stand for, so ‘yes.’”

And perhaps Ashley Bratcher’s “yes” will inspire other women to say “yes” to supporting unborn life – whether that’s in their careers or with their own pregnancies.