Where Have You Gone Joe Dimaggio? 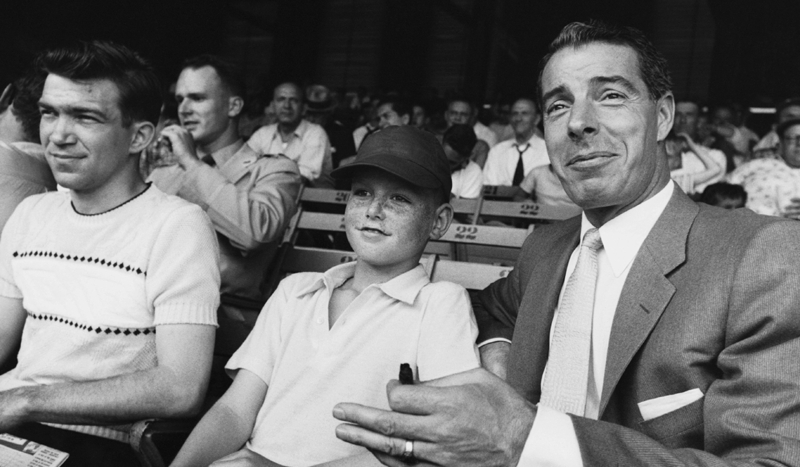 “‘Where have you gone Joe Dimaggio?’ really holds up.”

The reference of course was to the famous 1968 Simon and Garfunkel song “Mrs. Robinson.”  The full lyric: “Where have you gone Joe DiMaggio? Our nation turns its lonely eyes to you.”

The song was an ode to old heroes. I realize neither the analogy nor song is perfect. But I kept thinking about that line this morning – not just because baseball season is about to begin, but because it captures so well several recent events.

This week Judge Ketanji Brown Jackson will likely be confirmed as the next Justice on the Supreme Court. An accomplished woman, no doubt. But a fierce defender of lethal violence against unborn children, a judicial activist who repeatedly reduced criminal penalties for child pornographers…

…and famously, a nominee who couldn’t even answer the question: “What is a woman?”

However, the last few weeks also featured another vision for our country.

DeSantis is a Catholic. He knows what a woman is. And what an innocent young child is. He stood firmly for protecting children, and for the fundamental rights of parents to have access to a public education that doesn’t undermine their authority as parents.

THINK ABOUT THIS: It is no coincidence that just as Democrats were defending Judge Jackson’s record of pampering child groomers, social media has been flooded with LGBT activist “educators” vowing to continue to “educate” young children in the ways of homosexual eroticism and gender ideology.

There’s no nice way to put this…

They want to groom our children.

They want to re-orient America’s children. They want to introduce them to ideas about gender identity and sexual depravity, while also instructing the kids to lie to their parents. Grooming them to consider “transitioning” and to abandon traditional ideas of morality, the family, and of course … religion.

I am hardly shocked anymore, but I had to pause after reading about a 4th grade teacher in Texas celebrating that 20 of her 32 students “came out” to her as LGBT this year. We’re talking about Fourth graders here.

The events of the past few weeks helped crystallize exactly what leaders like Ron DeSantis and we here at CatholicVote are up against.

And yet … they lost in Florida. They are losing in the polls.

And they know a reckoning is coming…

This is the choice facing American voters this November, and also in the 2024 presidential election.

Some say we are too sentimental. Too nostalgic. Too naive.

“Jesus loves you more than you will know…”

“Heaven holds a place for those who pray.”

The hope of heaven rings eternal in our hearts, especially as we draw closer to Holy Week and Easter. It’s this hope in the Risen Christ that makes all that we do worthwhile. We have a lot of projects we are working on to fight for innocence and goodness all over America. We could not keep them going without the generous support of our monthly donors, our Champions.