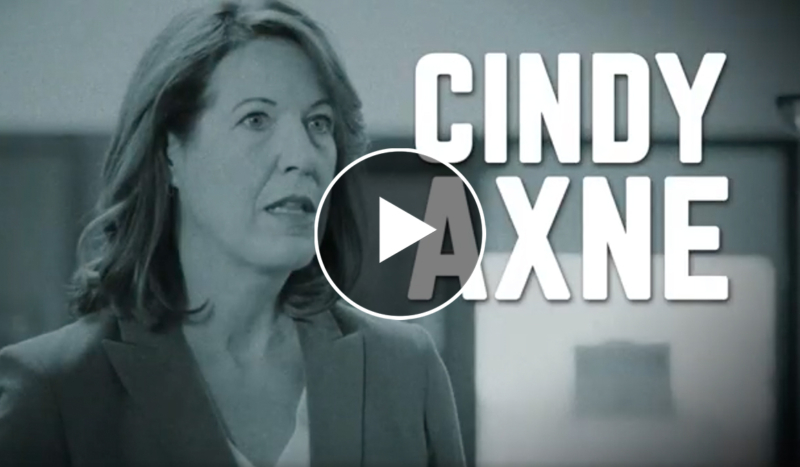 Our churches are burning.

And politicians are ignoring us.

This week we announced the launch of a nationwide campaign to pressure politicians who refuse to speak out while our churches are vandalized, attacked, or burned.

Yesterday FOX News featured a front-page article on their website covering our campaign. Their story includes an important element: Democrats – even self-proclaimed Catholics – have been silent about the rise in violent terrorist attacks against churches and pregnancy care centers.

Nearly every major media outlet is giving these politicians a pass.

Remember when Black Lives Matter shamed the public with their slogan: “Silence is Violence!”

Our first ad launched late last week in Iowa’s third Congressional district. This is the first of an unrelenting barrage of advertising we plan to run over the next three months.

So why start in Iowa?

Because it’s the home state of Cindy Axne, who calls herself a “lifelong Catholic.” Axne claims that her faith is “deeply important” to her. But she is an extremist on abortion, and has refused to speak out against the vandalism and abortion terrorism happening everywhere – including in her home district of Des Moines.

MORE: Axne has a 100% pro-abortion voting record, and the endorsement of NARAL. She is also the co-sponsor of the deceptively-titled “Women’s Health Protection Act,” which our bishops called the most extreme abortion law ever introduced.

It’s time to call out so-called Catholics in Congress and demand that they stand for what they claim to believe.

After all, Axne is a sponsor of the most radical abortion law ever introduced.

She is a public scandal to our Church.

And now, she’s on the receiving end of a $100,000 ad campaign to call her out, thanks to Catholics like you!

Will you join me in this fight?

We need to publicly call out every Catholic in Congress who has betrayed our Faith.

Every Catholic matters. Every donation counts.

Chip in to fund ads all over America!

I thought you’d love to hear this related news: In early July, Congressional Democrats on a committee put forward a proposal to funnel more money to “protect” abortion facilities. But another Iowa representative, Rep. Ashley Hinson, R-IA, called them out:

Citing CatholicVote’s violence tracker and map, Hinson proposed her own amendment to protect pro-life pregnancy care centers. And Democrats were left with no choice but to agree. If this budget is ultimately approved, pro-life pregnancy centers will soon be eligible for federal grants to protect them from abortion terrorism.