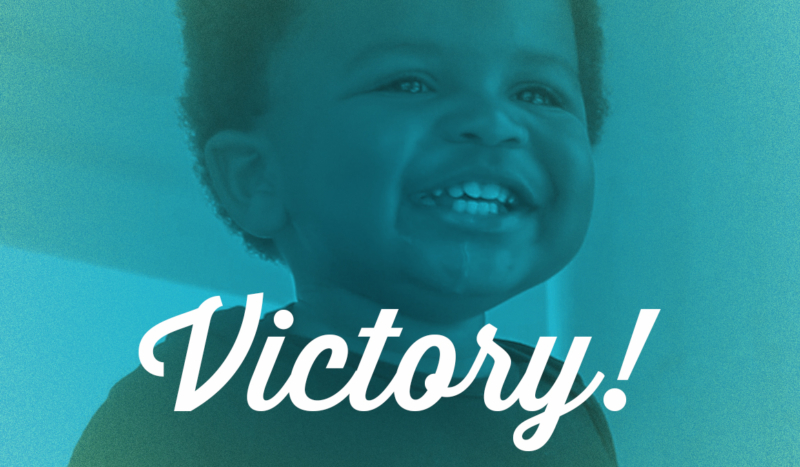 Moments ago, the Supreme Court overturned Roe v. Wade and Planned Parenthood v. Casey. After nearly 50 years, and over 63 million children destroyed, the Court has returned the question of abortion law back to the states.

Here are some quick takes for you:

THE VOTE  The vote to overturn Roe was 5-3-1, and authored by Justice Alito. Justices Thomas, Gorsuch, Kavanaugh, and Barrett joined Alito’s opinion. Chief Justice John Roberts did not join the majority opinion but filed a separate opinion agreeing with the Court’s decision to uphold the Mississippi law but also arguing that the Court should not have decided the question of whether the Constitution protects abortion. The Court’s three liberals, Breyer, Sotomayor, and Kagan dissented against the entire ruling, of course.

THE IMPACT  Immediately following today’s decision, the state of Missouri moved to activate their law outlawing abortion. We are seeing reports that abortions in Kentucky, Arkansas, Louisiana, and other states have been halted. The Attorney General of Texas declared abortion illegal and shut down his office announcing henceforth today would be a holiday in honor of the millions of children lost. Sadly, states like California, Illinois, and New York are likely to expand their abortion laws. Nothing in today’s decision will stop them from doing so.

GOD WINS AGAIN  Not only was Roe overturned on the day we celebrate the Sacred Heart, but every other year it will fall on the Nativity of John the Baptist — who recognized the humanity of Christ in the womb.

ANALYSIS  The Court finally righted the notorious decision in Roe v. Wade after nearly 50 years of heroic efforts by millions of Americans in pursuit of justice. Nowhere in our Constitution do we find a right to take innocent human life. Further, the humanity of children in the womb has become plain and undeniable thanks to the decades of technological advances since Roe was decided. Millions of women have been coerced, threatened, or forced into a decision they regret. They too are worthy of protection. A dark chapter in our nation’s history has finally been closed.

THOMAS GOES THERE  Justice Thomas issued a separate “concurring opinion” which is not part of the controlling decision. In his opinion Thomas argued that: “In future cases, we should reconsider all of this Court’s substantive due process precedents, including Griswold, Lawrence, and Obergefell.” Is same-sex marriage next? Not likely anytime soon. But he’s right on the law, the integrity of the Court, and the right reading of the Constitution.

MORE WORK AHEAD  The Court today has merely allowed state legislators to begin the important task of supporting women in need, and protecting their vulnerable children from the grisly practices of the abortion industry. We urge state legislatures along with our federal representatives to move quickly to enact broad protections for women and children, and support for pregnancy centers, maternity homes, and programs that offer real choices for women to keep and love their children.

WHY NOT  We won’t hold our breath waiting for corporate America, but for Catholics, June should now be PRO-LIFE MONTH.

NIGHT OF RAGE?  Pro-abortion activists have called for a “night of rage” tonight, and we expect rioting, vandalism, and more all across the country. We again urge pastors and priests to have a plan in place to protect their parishes and people. Pray for peace.

THE POLITICS  Nancy Pelosi took to the podium after the ruling and said: “No point in saying ‘good morning,’ because it certainly is not one.” But of course it was a great morning! We’ve been ready for this moment, and we have new ads that will begin running in the coming days in key districts across the country. Pro-abortion groups too have unleashed a massive fundraising push, and are expected to raise tens of millions of dollars off the news. We cannot let up. Celebrate today by making a donation to your local pregnancy help center. Or to CV of course – here.

FUN SPECULATION  Will the March for Life now move its annual march from January 21 (which commemorates the day Roe was decided) to June 24? Roe is gone. Why not?

Send me your thoughts and insights on this historic day.

I’d love to read and share them with the CV team.

P.S. When I first heard the announcement, it was hard not to get choked up. So much work, by so many, for so long, finally paid off. I will always remember where I was when I heard the news this morning. Today is one of those historic days that we will never forget.

On behalf of all of us at CV, thank you for keeping us in the fight. I couldn’t help but remember how we united in prayer last December on the day this case was argued before the Court.  Over 1200 parishes held adoration for LIFE! We’ve got a long way to to, but thanks to you and the entire pro-life movement, after today a lot more childrens’ hearts will beat across America.