Statement by CV President on Trump Visit to JPII Shrine 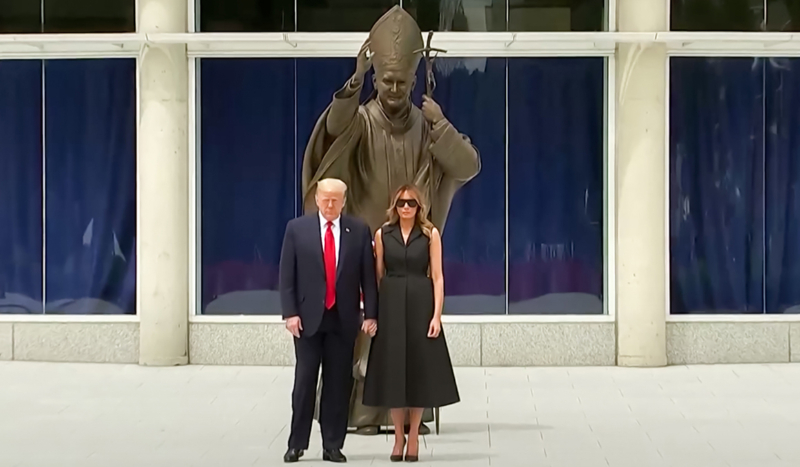 Statement by CV President on Trump Visit to JPII Shrine

CatholicVote President Brian Burch released the following statement in response to the visit by the President and First Lady to the St. John Paul II Shrine in Washington, D.C.

“The fact that the President of the United States chose the shrine of Saint John Paul II to announce a new Executive Order protecting religious minorities should have been celebrated by all those who love the Church, religious freedom, and the courageous example of St. John Paul II. It is regrettable that the Archbishop of Washington chose this occasion to engage in a partisan attack on the President, especially when the country is in desperate need of healing and unity. Millions of Catholics in the United States, including many within the Archbishop’s own flock, are grateful for today’s Executive Order. The protection of religious minorities is a bipartisan issue that has enjoyed unanimous support in Congress as well as the Trump and Obama administrations. Today’s unfortunate partisan attack needlessly politicizes this important issue, and distracts from the plight of vulnerable religious minorities around the world.”

You can read the Executive Order for yourself here, or below is our summary for you.

The Executive Order would:

News coverage of the event: