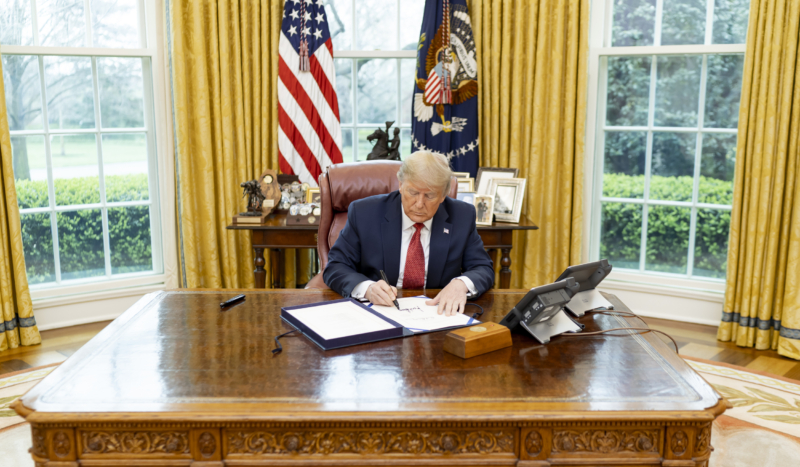 Under normal circumstances, a debt-financed $2 trillion spending bill would give us pause. But Americans are out of work, and anxious about their future — a direct result of government-mandated isolation to protect public health.

Many are asking what the CARES Act includes.

Here are some key details:

There are of course other provisions in the bill, including allowing companies to delay payroll taxes, and the suspension of student loan payments through Sept. 30 (with no accrual of interest). And any company receiving government loans can’t buy back stock until a year after the loan is paid back. Nor can they give pay raises to employees or executives making over $425,000 if they accept government support.

Undoubtedly in a bill this large, there will be waste and abuse. But this bill was necessary to prop up American industry, workers and families.

KEY: Our moral values were not sacrificed in this emergency relief bill.

In fact, the pro-life “Hyde Amendment” language that prevents taxpayer funding of abortion is authoritatively present in this bill — keeping hundreds of billions of dollars from funding abortion or abortion coverage. Having that language explicitly contained in this bill was critical — especially considering the bill included $100 billion for a Public Health and Social Services Emergency Fund for hospitals.

There is also additional language in the bill to ensure Planned Parenthood won’t have access to loan assistance for small businesses and nonprofits.

But of course, the opposite is true.

This relief bill was designed to help the sick, workers, and American businesses survive. There is nothing essential whatsoever about abortion!

President Trump and the Republican Senate worked hard to prevent this bill from getting hijacked by the wild demands of the abortion lobby. And the President deserves credit for encouraging a bipartisan process that will deliver much needed aid to the people that need it most.

The political knives will come out eventually.

But today I hope you are feeling a little less anxious, and grateful for a country whose economic power creates the wealth that makes possible this unprecedented response.

We’re home with you, praying for an end to this pandemic.