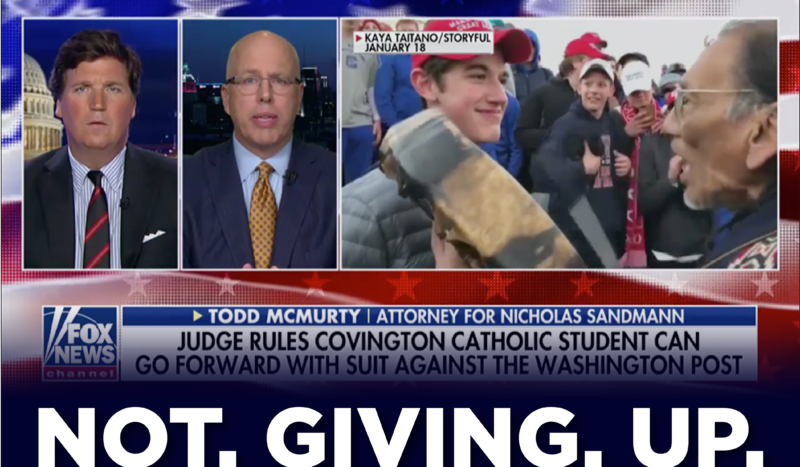 I’ve got some great news!

A federal judge has reversed a previous decision — and agreed to reconsider Nick Sandmann’s libel suit against The Washington Post.

As you know, the Sandmann family chose CV to help fund their lawsuits against these major media corporations.

You may remember Judge William Bertelsman initially dismissed the Sandmann defamation case in July. But the family’s legal team fought back and submitted additional evidence. This week the judge acknowledged upon further review that “justice requires” the Sandmann family be allowed to continue their suit — including “discovery,” which permits them to demand emails, text messages, and related information from The Washington Post.

MORE GOOD NEWS: The federal district judge also noted that the new filing from the Sandmanns’ legal team “alleges in greater detail than the original complaint that Phillips deliberately lied concerning the events at issue and that he had an unsavory reputation.”

Remember the Sandmanns have no guarantee of winning anything in their lawsuit. And last summer it looked like they could lose the case altogether.

But they refused to give up.

Now the case is back on track. And this most recent ruling will only bolster their separate lawsuits against CNN and NBC.