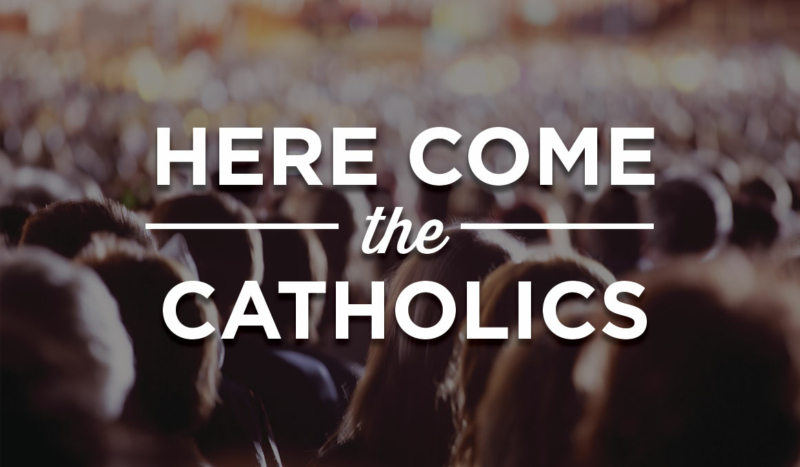 The New York Times is sounding the alarm:

President Trump and his allies have a “digital advantage.”

And Democratic strategists are “freaking out.”

In a blog post published in November, a year before the 2020 election, Brian Burch, the president of CatholicVote.org, a socially conservative advocacy group, announced that in Wisconsin alone his organization had identified 199,241 Catholics “who’ve been to church at least 3 times in the last 90 days.”

Nearly half of these religiously observant parishioners, Burch wrote, “91,373 mass-attending Catholics — are not even registered to vote!” CatholicVote.org is looking for potential Trump voters within this large, untapped reservoir — Republican-leaning white Catholics who could bolster Trump’s numbers in a battleground state…

How did Catholic Vote come up with these particular church attendance numbers for 199,241 Catholics? With geofencing, a technology that creates a virtual geographic boundary, enabling software to trigger a response when a cellphone enters or leaves a particular area — a church, for example, or a stadium, a school or an entire town.
First the Wall Street Journal discovered our new voter mobilization strategy. And earlier this month the left-leaning National CatholicReporter warned that we could boost turnout among Catholic voters.

WHAT YOU NEED TO KNOW: All of these papers sense that we are building something new and significant. But their reporting is barely a glimpse. There’s much we can’t report publicly, and won’t. But the Timesis right to be worried. The Catholic vote is a sleeping giant.

And it’s about to wake up.

But here’s the real secret…

Ultimately, our technology is not the real game-changer. Yes, we’re building something wholly new. But it’s the millions of Catholics in the pews — newly activated and mobilized to vote — that has the Left freaking out.

Today’s NY Times article reminded me of something President Trump is reported to have said:

We’re just helping open the floodgates to even the playing field.

And allow Catholics like you to finally fight back.