The Side of President Trump the Media Censors and Ignores 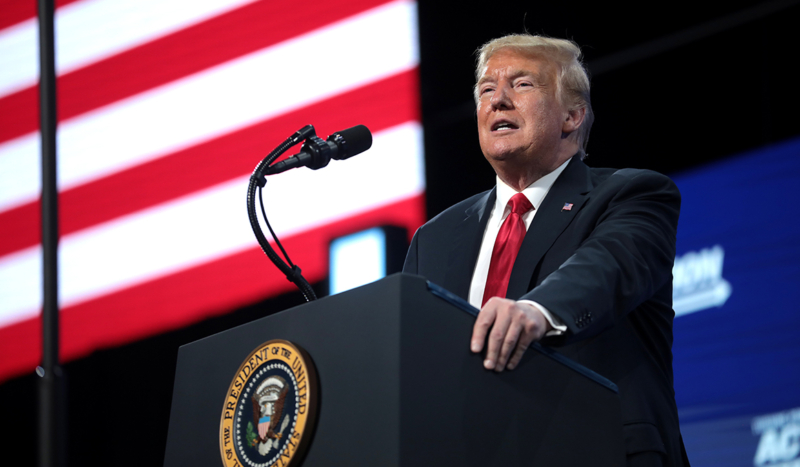 He was visiting with a group of the Missionaries of Charity, the religious order of nuns founded by St. Teresa of Calcutta.

He said he wanted to show them our recent video.

According to my friend, the nuns watched the video and were astounded. They admitted that they don’t have much time to watch the news. Like many Americans, they mostly just see the headlines and hear the negative commentary.

In the case of these nuns, they are likely too busy serving the sick and poor to spend much time on politics. God bless them!

But after watching the video they said: “We had no idea.”

After all, all they ever hear are comments about Trump being a racist, a white supremacist, terrible, and divisive…

And we know why. Because 95% of the coverage by nearly every media institution is negative.

Just look at what happened last night. In competing “town hall” events, NBC host Savannah Guthrie openly argued with the President, asking him 45 questions of her own vs. the 10 questions posed by the participants in the town hall.

The Biden town hall, by contrast, was a friendly exchange that intentionally ignored the biggest news story of the day.

This vicious double standard leaves so many voters with a slanted view of President Trump!

Guess what? There’s also a lot of Catholic voters who are only seeing what the media wants them to see.

It’s frustrating, but true. Not everyone is paying close attention like you and me.

That’s why we are determined to show as many Catholics as possible the side of President Trump the media censors or ignores.

From judges, to life, to schools, to jobs and religious liberty, Donald Trump has been our champion.

Just this year, President Trump has fought hard to make sure Catholic organizations, parishes, schools, and hospitals would not be excluded from emergency pandemic aid because of their religious beliefs. More than likely your parish or Catholic school got help — thanks to President Trump.

And of course he has issued executive orders to protect the religious freedom of our cherished Catholic organizations, including ensuring the Little Sisters of the Poor would not have to violate Church teaching when providing health care for their employees.

Meanwhile… Did you know that Joe Biden recently pledged yet again that he’ll force the Little Sisters to violate Church teaching?

And last night Biden said he supports giving puberty-blocking drugs to 8-year old children, even if the parent objects! This is child abuse. It’s unreal.

President Trump has been there for Catholics. He’s fought for us day-in and day-out.

If we want him reelected, we must keep fighting for him.