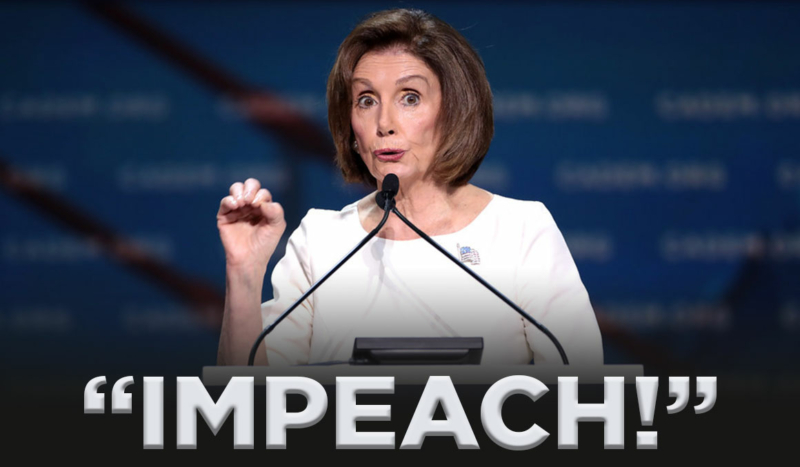 If all goes according to plan… House Democrats will vote to impeach President Trump later tonight.

But the fact is, that’s been the plan for the past three years.

CONSIDER THIS: Since President Trump took the oath of office, House Democrats have introduced legislation to impeach President Trump for colluding with Russia, for denigrating central American countries, for conflicts of interest…and for criticizing NFL players who kneel during the national anthem!

Earlier this year, Committee Chairman and Democratic Congressman Jerry Nadler was overheard on an Amtrak train talking about impeachment schemes. And this was 6 months before any claim of a quid pro quo with Ukraine ever surfaced. It was only a matter of time.

So what should Catholics think?

Impeachment is serious business. It involves accusing the President of a “high crime” and then acting to overturn the result of an election — because allowing him to continue in office poses too grave a threat. For this reason, impeachment requires making a convincing public case, and backing it up with facts.

On this score, Democrats have failed miserably.

Whether you are pro-Trump, anti-Trump, never-Trump, or just tired of the hyper-partisan gamesmanship altogether, ripping apart the country with a dubious impeachment effort 11 months from an election is both unwarranted and dangerous. It will divide the country further, inflame already-heightened political tensions, and undermine the common good.

We need not detail the many ways this impeachment process has been hamfisted and tainted from the start. From its spurious origins, to its lack of transparency, its hyper-rushed and unfair process, and finally its failure to provide proof of a single crime, the whole thing leads to an obvious conclusion: this impeachment effort represents an abuse of power, carried out for political theater because of Democrats’ deep hatred of President Trump and his policies.

The President is not your typical politician. His style is confrontational and abrasive. And depending on how you interpret his call with Ukraine (which everyone can read), you could certainly claim he mismanaged his desire to clean up widespread corruption in Ukraine with the distribution of foreign aid.

But a high crime and misdemeanor? An “existential threat to the Republic?”

And don’t forget the center of this controversy. Hunter Biden. A shameless corporate grifter who leveraged his father’s power as Vice President to enrich himself. Is he immune from oversight? Imagine if the tables were turned and Donald Trump Jr. were being paid millions by shady foreign corporations. We know what would happen.

The concept of impeaching a president was once considered a grave matter. Before today, it’s only happened twice in American history (Nixon would have been impeached but he resigned before it happened).

The use of the filibuster was once rare, too. Yet because of Democratic hyper-partisanship, it’s now commonplace in the Senate. And now the danger of making the power of impeachment a regular political tool has been unleashed. You can be sure, if a Democrat is elected President in the future while Republicans control Congress, he or she will face an impeachment vote.

Reports suggest Senator McConnell may move immediately to fast-track an all-but-certain vote to acquit the President and move on. We certainly hope so.

Furthermore, in the coming months the country will be offered a Democratic alternative to President Trump.

And the American people will be offered a clear choice — on the issues that matter.

The truth is, in the end, that’s what today’s vote is all about: