The Moment We’ve Been Waiting For 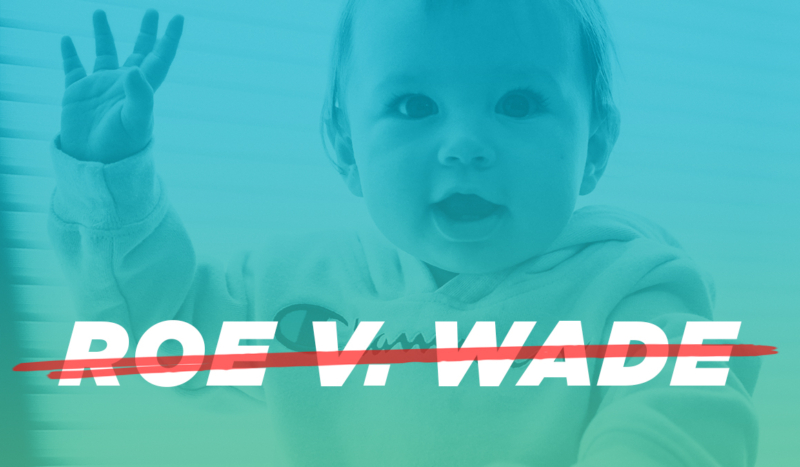 “We hold that Roe and Casey must be overruled.”

Those are the words of Justice Samuel Alito in a leaked “draft” opinion released last night by the left-wing media outlet Politico.

If true – and if this is the final opinion eventually released by the Court – it would mark the biggest victory in the history of the pro-life movement.

– The leak is unprecedented. It breaks all norms and violates the code of conduct required of all Supreme Court clerks. Reports this morning suggest Justice Roberts has asked the Marshal of the Court to investigate. Whoever is responsible must be punished.

– Speculation is swirling that the purpose of the leak was to try and sway one of the justices to change their vote – or to whip the Democratic base into a frenzy and push for an act by Congress to protect abortion. The leak is an attempt to undermine the institution of the Court, and further proof that the Left will stop at nothing to protect abortion.

– The leak is egregious and shameful. But it’s not the big story. The real story is the draft opinion itself – a 98-page blockbuster that destroys every legal argument ever made to defend the so-called “right to abortion.”

Some highlights from the document:

– Roe was “an abuse of judicial authority” and was “on a collision course with the Constitution from the day it was decided.”

– “[W]ielding nothing but ‘raw judicial power,’ the Court usurped the power to address a question of profound moral and social importance that the Constitution unequivocally leaves for the people.”

– In short, the Constitution does not confer a right to abortion. Further, abortion is not an integral part of a broader right to privacy.

Finally, stare decisis (or respect for precedent) does not require that the Court uphold either Roe or Casey. Ed Whelan has an excellent summary over at NRO.

Justices vote in conference shortly after oral arguments are presented in a case. Recall that CatholicVote organized over 1,000 parishes to pray in Adoration before the Blessed Sacrament on the day they met last December.

It appears that at least five justices have voted to overturn Roe, and Justice Alito has drafted the opinion. How Justice Roberts votes is irrelevant to the outcome – other than whether the final decision will be 5-4 or 6-3. That said, a justice may change his or her vote all the way up to the day the decision is released.

This is the moment we’ve been waiting for.

The pro-life movement has prayed and worked for decades for this. And what happens next may be more important than any other event in the past four decades.

Enormous pressure will be applied to the five justices who appear to have voted to overturn Roe. There will likely be protests outside their homes. Pray for their safety and their families. Pray they have the fortitude to endure.

REMINDER: Overturning Roe only returns us to a pre-1973 legal landscape.

While many states are likely to curb or outlaw abortion, the vast majority of child-killing will continue in big blue states like New York, California, and Illinois. Already large corporations are offering to pay for the travel expenses of women employees if they choose to go to pro-abortion states to destroy their unborn children. Abortion pills by mail will be pushed everywhere.

This is not the end. It’s the beginning of a new phase in the battle to protect life.

Pro-life pregnancy and counseling centers will be critical to helping women. They have always been on the front lines, and they will need our help and support more than ever.

IMPORTANT: Our opponents will aim to pressure Congress and the Senate (unsuccessfully) to impose a new abortion regime on the entire country. And when they fail in the coming months, they will pour hundreds of millions of dollars into the midterm elections to try and sway voters to turn out in record numbers. President Biden this morning admitted this is the goal – and promised to sign legislation that “codifies Roe” into law.

We are working with allies and pro-life organizations to respond to the coming media barrage.

We also have big plans for the November midterms and will soon launch the largest midterm election campaign in our organization’s history.

We are funding new legal cases coming up in the pipeline to secure even broader protections for women and life – and we are planning to go on offense in the courts.

Abortion is at root demonic.

It’s more than a political or legal fight. It’s a spiritual war.

It’s May. Our Lady’s month.