The Integrity of Our Church 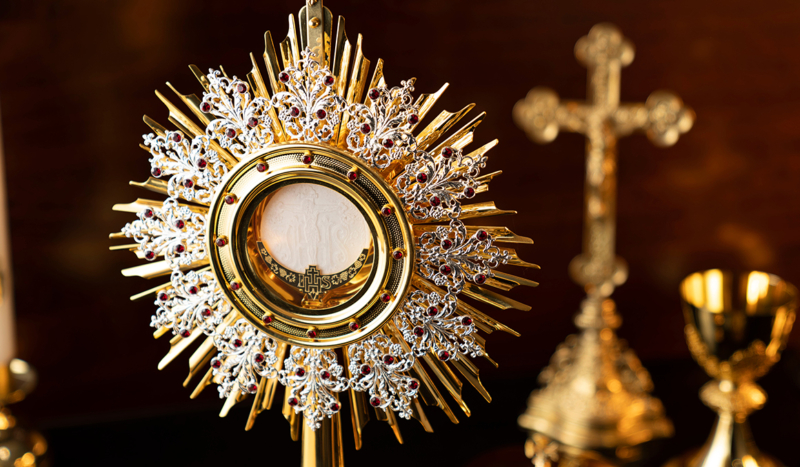 I’m guessing it’s on your mind… It’s definitely on mine.

There’s something looming that’s bigger than the election. Bigger than Trump, or the Georgia runoff elections, or even election integrity…

It’s the integrity of our Church.

It’s the reason why CV exists. Not just to win elections, shape laws, and transform culture. All of this only matters because we are Catholics. Because we follow Jesus Christ and the Church He founded — to spread the good news of the Gospel for the salvation of souls.

Don’t get me wrong, the Church has survived many crises before. We have the promise from Our Lord himself that the gates of hell shall not prevail against it. But think about that passage from scripture for a second…

The “gates” of hell? That means the defenses of hell will not prevail. Our place is to be pressing on the gates, on the offensive, against the enemies of the Church trying to resist us. And they shall not prevail!

Do you feel like we are on offense as a Church? Proclaiming the good news, united against the evils of our world?

Just last week the U.S. bishops created a “task force” to deal with a possible Biden presidency. The USCCB delivered a message congratulating Joe Biden, only to admit a week later that his prospective presidency “presents certain opportunities but also certain challenges.” Archbishop Gomez cited the threats ahead, including the “preeminent priority of eliminating abortion” but also the “unequal treatment of Catholic schools,” the Equality Act, the restoration of the HHS mandate, and more…

All of these policies threaten the freedom of the Church, our institutions, the family … and the lives of millions of children.

And all of these threats will be aggressively pursued by a “President” Biden.

We are on the cusp of having a Catholic president … who supports a war on biology and the family, abortion on demand, closing Catholic schools, and more. This will be a catastrophic scandal that anyone with eyes warned was coming!

When I heard the bishops’ response, all I could think of were these devastating words I read from Deacon John Harden a few years ago:

Talk is cheap. We need real courage. We need saints.

Especially in the face of the coming threats, likely not to come overtly, but dressed up in redefinitions of “love” and “acceptance” and even “church” itself.

But that goes for us too. It’s easy to toss around criticisms of Church leadership. We must be smart, but fearless. Truthful, but encouraging. The laity cannot be shy. If we truly believe what we preach, there is no other option but lead the way.

Some bishops and left-wing activists are already angry at the idea of a “task force,” calling instead for “common ground.” We will be accused of being divisive, or rigid, or judgmental. Joe Biden too is calling on America to “unite.”

But unity in lies is disgraceful, and wrong. Adherence to truth is far more important.

Trust your instincts, your common sense, and what you know to be true.

Do not worry if this goes against what the media / popular culture / woke mob tells you. They are wrong.

You are right. You are normal. You are good.