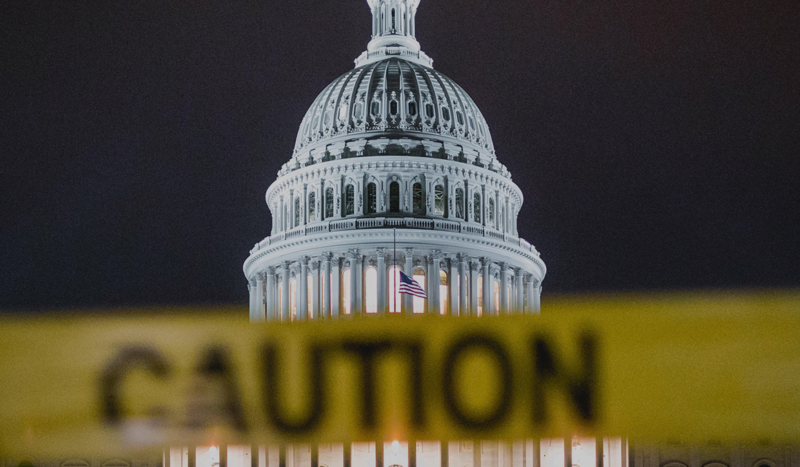 Remember those words from Obama’s Chief of Staff Rahm Emanuel?

The radical Left remembers it well.

And now they’re using the recent protest at the U.S. Capitol as a pretext to attack religious conservatives.

Jesuit celebrity priest James Martin is claiming that “Catholic leaders helped give rise to the violence at the U.S. Capitol.”

Martin cites a video by Fr. James Altman titled “You Cannot be a Catholic and a Democrat,” in which Altman states: “Their party platform absolutely is against everything the Catholic Church teaches.”

The FBI is currently investigating radicalized followers of the Q-Anon conspiracy, but Martin apparently thinks those who stormed the Capitol were watching sermons by Catholic priests!

Long gone are the days when left-wing Catholics like Martin smeared faithful Catholics as bigots or white supremacists. Now he’s adopted the totalitarian mob’s new playbook: Sideline anyone who disagrees with him by suggesting they’re domestic terrorists.

Even before the riot at the Capitol, radical Democrats had released a 28-page document which outlines all the policies they want a Biden-Harris administration to enact.

It starts with eliminating all the religious liberty protections that the Trump administration put in place — including policies which ensured that faith-based organizations and churches would have access to emergency funding during the coronavirus pandemic. As we repeatedly warned, if governments can shut everything down but exclude religious groups from aid, it would mean exterminating them.

Here are just a few other items on their agenda:

And there are many many more items on their 28-page wishlist.

In their letter to Biden, these anti-Catholic Democrats write:

We urge you not to underestimate the institutional strength of what we refer to (interchangeably) in this document as the “Christian nationalist movement” or the “religious right.” This movement is extraordinarily well-funded and well-organized, and the manifestation of its extreme and sectarian agenda is on constant display under the TrumpPence administration. Its political ideology is anti-democratic and anti-scientific. It provides constant cover for white supremacy.

This anti-religious agenda has moved beyond just taking “In God We Trust” off our money.

And they won’t just settle for shoving Christianity off the stage of the public square.

They’re accusing us of deep racial hatred and they’re calling us “anti-democratic.”

And there’s really no limit to the draconian measures that politicians can unleash on those they call anti-democratic.

I know the temptation to despair is strong. This is exactly what they want. Tens of millions of Americans are watching the totalitarian Left try and destroy everything we hold dear — sometimes with the help of those in our own Church. Yet even today some Democrats who opposed Trump have reached out to us to say that what they see happening is scary — and wrong.

We’re going to have to stand together — and work together — harder than ever before.

The coming days will be difficult.

I urge you to stay strong. Don’t take the bait. Violence is never the answer — whether by BLM, Antifa, or Q-Anon conspiracists.

Pray for wisdom and courage.

Hold fast to the Faith.