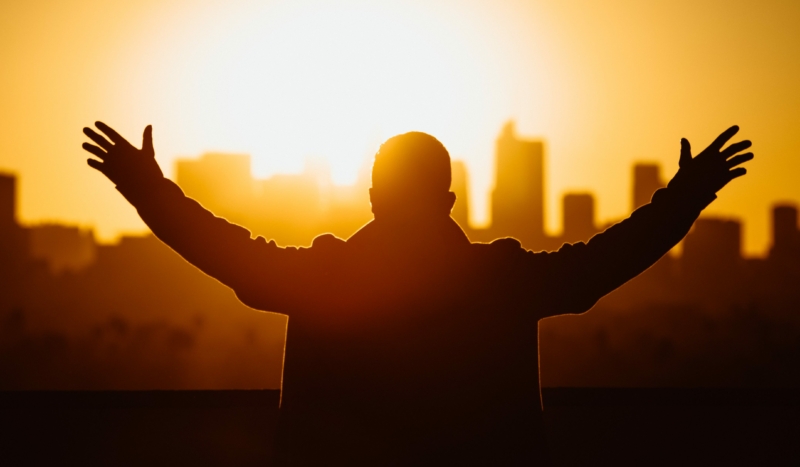 A Tennessee man is confessing his crimes. That’s because, he says, God is his witness.

30-year-old Danny Dashay Holmes recently shocked a packed Tennessee courtroom by pleading guilty to the murder of Cesar Lopez-Flores, among other charges. On August 23, he admitted that he fatally shot Lopez-Flores at the man’s home in 2016.

Holmes spent 20 minutes delivering his testimony, according to the Daily News Journal (DNJ), during which he said he had felt God’s presence while incarcerated.

For inspiration, he brought a notebook full of Bible verses to his trial. The lyrics to a Christian song, “Redeemed,” by Big Daddy Weave, adorned its cover. The lyrics read: “Then You look at this prisoner and say to me, ‘Son, stop fighting a fight that’s already been won.’”

Holmes concluded, “If I didn’t want to tell the truth, I should’ve never brought that notebook.”

While he spoke to the entire courtroom, he addressed Circuit Judge David Bragg in particular at one point.

“I made a decision, Judge, a sane decision, a conscious decision, a well-thought out decision that I was going to go all the way for the Lord,” he said. “That I’m going to serve the Lord no matter what. And I’m going to accept my consequences.”

Those consequences mean a radical change for Holmes, who once enjoyed designer goods and pricey cars. But with his story, he now “plans to tell all the young people he meets in prison about finding salvation through religion, not cash or luxuries,” DNJ reported.

Holmes also called out to his mother at the trial, as his family wept in reaction to his words.

“Momma, you know I love you,” he consoled. “But Momma, I promise you, your baby boy, he’s going to serve the Lord forever.”

Besides using his voice to influence others in prison, Holmes said he will also pray for his victim’s family. When he discovered that his victim had three daughters, he was especially remorseful.

“My consequences deserve a life sentence,” Holmes, a father himself, stressed. He called his life sentence something that he would wear as a “badge of honor.”

“I decided to obey God and decided, you know what Lord, I’m going all the way for you,” Holmes said. “You mean everything to me. You changed me. And I’m grateful.”

Holmes is already expecting visitors in prison: Mike Weaver, the lead singer of Big Daddy Weave, and “Redeemed” co-writer Benji Cowart. In response to Holmes’ conversion, Weaver told Christianity Today that he was “blown away.”

Weaver admitted that he originally wrote the song after battling with his own self-hatred: “I told Jesus everything I hated about myself, and he told me that’s not the way he feels about me.”

But he couldn’t take the credit for Holmes’s change, he said. That belonged to God.

Weaver said in a statement to DNJ that, “as a band, we have nothing to do with the stories we hear about the song, it’s only Jesus.” That’s because “Only He can use a song in this way.”