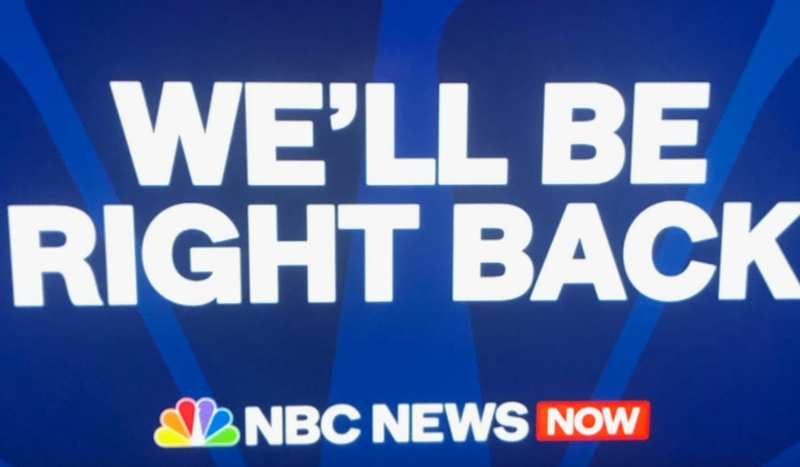 Accusing liberals of wanting to return us to the 1970s is hardly an original thought. But there was an unintended moment in the first Democratic presidential primary debate last night that really drove the point home for me.

It was the beginning of that second hour, when NBC News had trouble with its microphones and had to go to an unscheduled commercial break.

Not since I was a child – in the 70s! – had I seen one of those screens that would occasionally pop up on your TV. You remember the ones. “We are experiencing technical difficulties. Please stand by.” But there it was:

The entire Democratic Party seems to be experiencing technical difficulties in this early stage of the 2020 presidential election cycle.

And yet the presidential candidates, while wisely switching from their Party’s obsession over Trump to instead discussing actual policy proposals, had nothing to offer to the Trump supporters whose votes they would need in order to deny him a second term.

Here is how they looked to me:

Tulsi Gabbard: She is our guilty pleasure. A war veteran with a Buchananite foreign policy who has defended religious liberty against the anti-Catholic bullies in her own party. She is head and shoulders above every other Democrat running for President.

Which is what blinds us to her faults. She is still well within the mainstream of her Party’s politics in all the wrong ways. And if she flipped on marriage, she can flip on other things too.

Her claim last night that we should have gone to war with Al Qaeda while somehow not going to war with the Taliban—the government that hosted the terrorist organization when it attacked us—was bizarre. And, like the debate where Rick Perry couldn’t remember the third federal department he wanted to de-fund, she seemed not to be a night person, at times tired and tripping over her words.

Julián Castro: Section what? Of what law was that, again? No one knows what that guy is talking about.

Ok, seriously, what he is talking about is decriminalizing illegal immigration. At least he wants to change the law instead of continuing the practice of flagrantly disobeying it. But the moral posturing on immigration from all these candidates is a scam. What they really want is cheap labor for the corporations they claim to oppose, and more voters for themselves.

And, oh, the plight of the poor Democrat who wants to be cutting edge in 2019! Castro was reduced to mumbling something about abortion rights for pregnant transgender men.

Cory Booker: His neighborhood is black and brown and he can hear gunfire. In fairness, Booker has compelling stories about it. But it is a thin reed upon which to build a presidential campaign.

I mean, trotting out the dreaded name of Halliburton. What is this, 2004? And he and O’Rourke going back and forth in Spanish isn’t going to win them any Trump voters. Speaking of which:

Beta O’Rourke: I credit him with being the first politician to dodge a question by answering it in another language. He was asked something about a 70% tax rate, responded in Spanish, and still didn’t answer the question.

Beta. Dude. I know you’re supposed to be slick. But there’s Bill Clinton-slick and there’s John Edwards-slick. Guess which one you are.

Jay Inslee is a niche candidate for environmentalism the way, say, Alan Keyes and Gary Bauer were for abortion in 2000.

John Delaney wants Democrat primary voters to know that he was underprivileged. He mentioned it every chance he got. Maybe that’s something he thinks he has to do as a white man running for the presidential nomination of a party obsessed with identity politics. But it has the unintended effect of making his white-male-ness more visible. I noticed it more in him than in any other white guy up there.

Tim Ryan, the only one of them who tried to reach Rust Belt Trump voters, seemed scared.

And Amy Klobuchar… gosh, I know she was there. But she left no impression whatsoever.

Finally, Elizabeth Warren. I share her exasperation with “industrial policy.” I was reading Robert Reich – Clinton’s future Secretary of Labor – on it thirty years ago in The New Republic and they’re still talking about it as if it hasn’t been tried.

Her hatred of private insurance is de rigueur for progressives but fascinating to me. It is a hatred of Hartford, CT, the “insurance capital of the world” and the very liberal town where I work. I’m sure they will all vote for Warren. Getting in bed with Obamacare did nothing to lessen the Left’s hatred of the big insurance companies but those companies will continue to side with the Left.

Nevertheless, at the end of the day, I’m with John Podhoretz. I think Elizabeth Warren won just by not saying too much. How could it be otherwise with that crowd? Tonight’s debate should be the more interesting one.