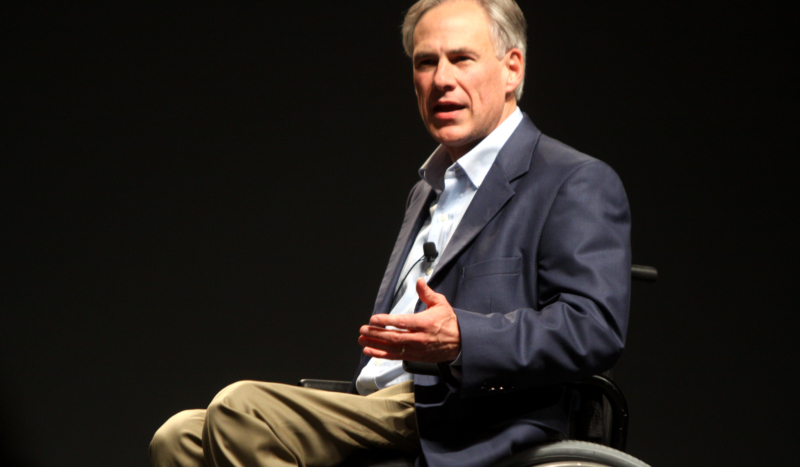 Earlier this month, Texas became the first state to opt out of federal refugee resettlement programs under President Trump’s 2019 executive order intended to make the programs dependent on the consent of each state.

A federal judge quickly ruled against Texas, but in the interim there has been a widespread outcry against Texas Governor Greg Abbott.

A Dallas News piece accused Abbott of making the great State of Texas “look small and mean.” Democrats and immigration nonprofit leaders called his decision “shameful,” and issued frenzied warnings that “immigrants are under attack.” On social media, celebrities weighed in just as stridently.

Amid this outpouring of heated rhetoric, Catholic bishops have weighed in as well. As one CNN headline blared: “Every Catholic bishop in Texas is slamming Gov. Abbott’s decision to bar refugees.”

But neither the headlines nor many of the bishops’ public statements mentioned that Abbott, a Catholic himself, intended the so-called “ban” on refugees to be temporary, to work to the benefit of both migrants and native Texans, and not to be prohibitive of refugees resettling in the U.S.

Abbott is Addressing a Real Crisis, not a Partisan Debate

When Abbott first made the decision, he briefly explained it in a letter to Secretary of State Mike Pompeo.

Abbot made clear that the move would only pause refugee resettlements for the duration of fiscal year 2020, and was not intended as an exclusionary, or “anti-immigrant” measure.

In fact, he cited concern for recently-resettled refugees as one of the considerations that led to his decision.

“At this time, the state and non-profit organizations have a responsibility to dedicate available resources to those who are already here,” he wrote, “including refugees, migrants, and the homeless—indeed, all Texans:

As a result, Texas cannot consent to initial refugee resettlement for FY2020. This decision does not deny any refugee access to the United States. Nor does it preclude a refugee from later coming to Texas after initially settling in another state.

As virtually every American media outlet acknowledged, the U.S. immigration system has been flooded in the past two years with unprecedented numbers crossing the southern border and claiming refugee status.

The numbers are so overwhelming that the U.S. immigration court system is already backlogged with hundreds of thousands of cases awaiting hearings. Desperate migrants find themselves homeless and destitute, as private, State, and Federal relief workers struggle to keep up. Some new arrivals are even living in need of such basic necessities as water.

Nowhere have these conditions been more pronounced than in the State of Texas. So it can really come as no surprise to any honest journalist who has covered the events of the past two years that Gov. Abbott would feel the need to consider even drastic measures to get the situation under control.

In his letter, Abbot also pointed out that “Texas is one of the most welcoming states for refugees seeking to escape dangers abroad,” and that the state has actually received more refugees than any other in the past ten years:

In fact, over that decade, roughly 10% of all refugees resettled in the United States have been placed in Texas. Even today, the process of resettling continues for many of these refugees. In addition to accepting refugees all these years, Texas has been left by Congress to deal with disproportionate migration issues resulting from a broken federal immigration system. … Texas continues to have to deal with the consequences of an immigration system that Congress has failed to fix.

Rather than dismissing the real needs of refugees and migrants, Abbott seems to be trying to counterbalance their valid interests with those of the State he governs, as well as those of America at large, which is currently wrestling with how best to address an immigration system that leaders in both major parties have acknowledged to be overdue for reform.

Given President Trump’s executive order granting State governments the right to regulate their own refugee resettlements, there is no doubt that Abbott is within his rights as a governor to tackle these issues.

But in light of the fact that many of Abbott’s detractors have gone so far as to question his personal faith, it seems only fair to also mention that he is also within his rights as a Catholic.

As the United States Conference of Catholic Bishops (USCCB) has stated, Catholic social teaching outlines the duties of public officials like Gov. Abbott toward migrants and citizens.

“The Catholic Catechism instructs the faithful that good government has two duties, both of which must be carried out and neither of which can be ignored,” according to a USCCB document from some years ago:

The first duty is to welcome the foreigner out of charity and respect for the human person. … The second duty is to secure one’s border and enforce the law for the sake of the common good. Sovereign nations have the right to enforce their laws and all persons must respect the legitimate exercise of this right: ‘Political authorities, for the sake of the common good for which they are responsible may make the exercise of the right to immigrate subject to various juridical conditions, especially with regard to the immigrants’ duties toward their country of adoption. Immigrants are obliged to respect with gratitude the material and spiritual heritage of the country that receives them, to obey its laws and to assist in carrying civic burdens.’ Catholic Catechism, 2241.

In other words, the Church’s teachings require just the sort of careful balancing of interests that Abbott seems to be pursuing in his letter to the Secretary of State.

Talking to Catholics in the Pews

The media, and some Catholic leaders under pressure and scrutiny in the midst of a media firestorm, are in danger of letting the anti-Abbott, “refugee ban” narrative spiral out of control. And it can only bring more heat than light to an already hotly-contested and murky issue.

But it’s worth noting that, as reported in the Texas Tribune last week, ordinary Catholics in the pews do not tend to be so one-sided on the contentious issues surrounding migration and refugee resettlement. In fact, Texas Catholics are split on such questions.

Instead of loud, reflexive denunciations and media-driven furor, these Catholics would be better served by an honest and charitable consideration of their governor’s own reasoning, together with an assessment of the interests of migrants and refugees and, of course, a review of the Church’s perennial teachings on the duties of states toward the vulnerable.