Supreme Court: can you hear us now? 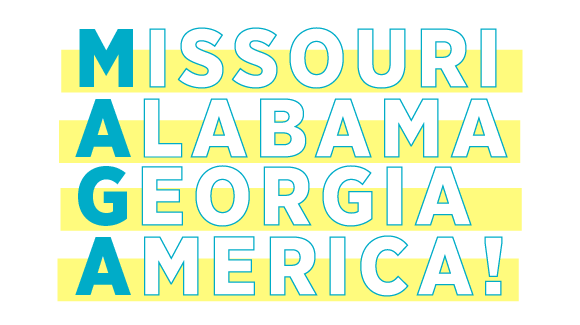 Planned Parenthood is in shock…

Today the Missouri State Senate passed a ban on abortion after 8 weeks. It now heads to the State House, and soon could be signed into law by Governor Mike Parson who pledged to make Missouri “one of the strongest pro-life states in the country.”

The Missouri effort comes just a day after Alabama Governor Kay Ivey signed into law a statewide ban on abortion in nearly all cases.

And don’t forget… just last week Georgia approved a new law protecting unborn children after a heartbeat can be detected.

The Supreme Court is on notice.

The pro-life movement has been laying the groundwork to overturn Roe v. Wade for decades. From the faithful unsung heroes praying every day, to hard fought legal and political victories… to the recent triumphs in confirming pro-life judges on our courts.

Because of our work together, public opinion has been steadily moving in the pro-life direction. Today, a majority of women call themselves pro-life!

OUR TAKE: these state legislative victories send an unmistakable message to the Supreme Court: the American public is fed up with abortion laws and we want change. The ACLU and Planned Parenthood will inevitably sue to stop these laws, and we expect a federal judge to block these laws in the short term. Those decisions will then be appealed, while other states enter the fray.

The Supreme Court will eventually have to decide what to do — and most importantly — which case is the best fit to unwind the catastrophic Roe decision. The Court may refuse to hear one or more of these appeals, preferring to wait for the best case possible to affirm the right of states to once again protect women and children from the barbaric practice of abortion.

Many people are asking: does this mean Roe v. Wade will be overturned soon?

Nobody can predict the future. But here’s what we do know:

Roe v. Wade is bad law. Many left-leaning legal scholars even agree. But Roe has been upheld by the Supreme Court in several decisions, most especially in the 1992 case of Planned Parenthood v. Casey. In that decision, the court ruled that women’s “liberty” justified keeping abortion legal, up to a point.

Overturning Roe will likely require a case (or several cases) that address not only the humanity of the unborn child, but also the Court’s argument in Casey that women today rely on abortion.

The Republican-appointed majority on the Supreme Court is made up of “judicial conservatives.” With “conservative” being the opposite of “radical” or “activist.” That is, unlike their more liberal colleagues, they are expected to be more careful before overturning precedents of the Court. They respect the principles of “stare decisis” and must show how the previous decisions of the Court (Roe and Casey) can no longer be upheld.

Justices like John Roberts value predictability and consistency and have already signaled they will resist unnecessarily politicizing the court by ruling in a way that looks as if the court caved to political pressure — as it has done regrettably in other cases, including Roe itself.

Here’s the most important thing —

The brush fire has been lit. Be it the laws from Alabama, Missouri, or Georgia or another case. The national debate over abortion is ablaze. And it’s not just Hollywood celebrities, but everyday citizens who are speaking out. The Courts are taking notice. And the public is being prepared for the day when Roe v. Wade is finally wiped off the books.

This is cause for celebration.

And to double down on everything we are doing.

Double your gifts to the pro-life movement.

P.S. Remember our mantra: judges, judges, judges. And why we focused so heavily on key Senate races and the confirmation of Brett Kavanaugh? This is why. While the House is playing political games, yesterday the Senate confirmed Judge Kenneth Lee — President Trump’s 40th circuit court judge. And the 41st will likely be confirmed on Monday.