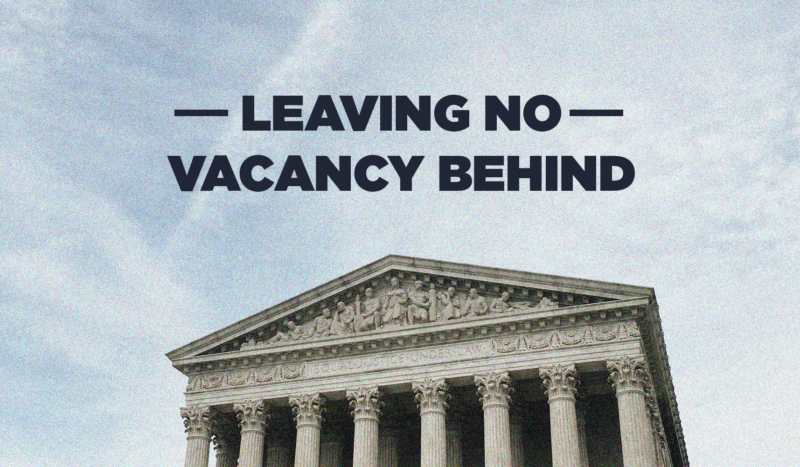 “Extreme and unfit to judge.”

But Senate Republicans ignored the propaganda and, minutes ago, confirmed Sarah Pitlyk 49 to 44 to serve on the federal bench.

Obviously, the most important recent judicial nominations were Neil Gorsuch and Brett Kavanaugh to serve on the Supreme Court.

But the Senate has also confirmed Amy Coney Barrett and Brian Buescher to the federal bench.

You might remember Sen. Dianne Feinstein’s infamous anti-Catholic slur against Judge Barrett. Feinstein said she worried the “dogma lives loudly” in Barrett. And don’t forget Brian Buescher’s nomination. Sen. Kamala Harris and Sen. Mazie Hirono made the ridiculous assertion that he shouldn’t serve in the judiciary … because of his membership in the Knights of Columbus!

It’s now clear that Senate Democrats believe no faithful Catholic can serve as a federal judge.

And we all know why: radical abortion zealotry, plain and simple. No wonder they did everything they could to stop Sarah Pitlyk. Look at her record:

In fact, her record is so strong on pro-life and religious freedom issues that even a typical timid Beltway Republican would run for the hills.

But President Trump loves a fight. And in 2016, he pledged to appoint pro-life judges. He certainly kept his promise with Sarah Pitlyk.

With the confirmation of Pitlyk, President Trump and the Republican Senate have placed 169 judicial nominees on the federal bench. That’s better than Bill Clinton (166) and George W. Bush (167). And they did that over 8 years. Trump has accomplished this in barely 3 years!

Imagine how much more could be done if President Trump is able to serve eight years as president!

And let’s not forget about the Supreme Court, where the President has already successfully appointed two justices. A second Trump term could involve another two justices serving lifetime appointments.

The average federal judge serves for over 25 years. That’s over 6 presidential election cycles! 2020 is more than just a single election. It about shaping our nation’s laws for the next quarter century.

Giving Tuesday is over…

But there’s plenty of room on Wednesday to help us keep up the fight.