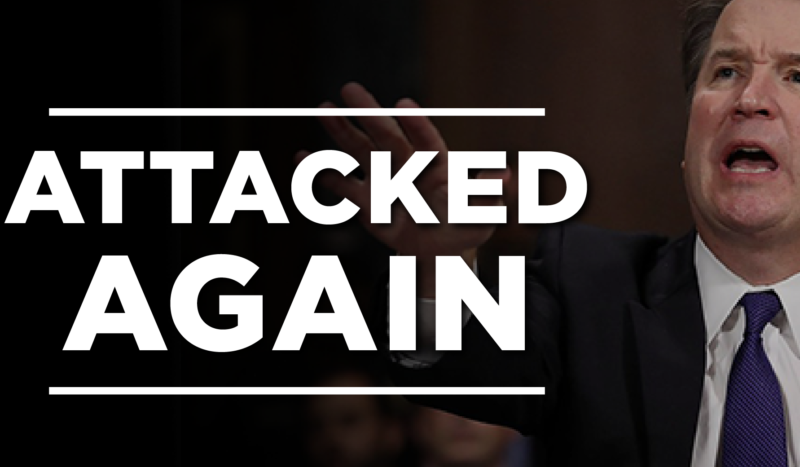 This is really embarrassing.

Late Saturday, the New York Times ran a breathless bombshell story alleging that a new allegation had surfaced against Justice Brett Kavanaugh from his days as a Yale undergraduate. The insinuation is that Kavanaugh lied under oath during his confirmation hearing.

By Sunday afternoon, Cory Booker called for hearings against Justice Kavanaugh. Elizabeth Warren and Kamala Harris went a step further and called for his outright impeachment.

Except the allegation wasn’t new.

Nor did the Times report that the alleged “victim” refused to talk about it to investigators — and admitted she has no recollection of the alleged incident! The story was based on hearsay, from her supposed “friends.”

In fact, shortly after releasing the story Saturday, the Times was forced to publish a correction, admitting that the alleged victim had no recollection of the incident in question. In short, the Times admitted they had completely left out this exculpatory evidence. This from the so-called “paper of record.”

That’s not just an oversight. That’s an outrage!

You should also know this —

Are you thinking what I am thinking?

It’s obvious what’s going on. The radical Left is sowing seeds of division in case a new vacancy on the Court opens up, or in case the Supreme Court finally decides to dismantle the judicial travesty of Roe v. Wade.

The Left can’t even deny this.

Get this: Debra Katz was the attorney for Christine Blasey Ford (who testified in the explosive hearings against Kavanaugh). Katz recently said her client was motivated to testify because of her support for legal abortion.

You know the abortion lobby is notoriously shameless. No principle, rule, process, or institution will be spared in this campaign to protect legal abortion.

But the radical Left is now openly rejecting the results of free elections and the will of the American people — and even the New York Times has been reduced to a partisan tabloid.