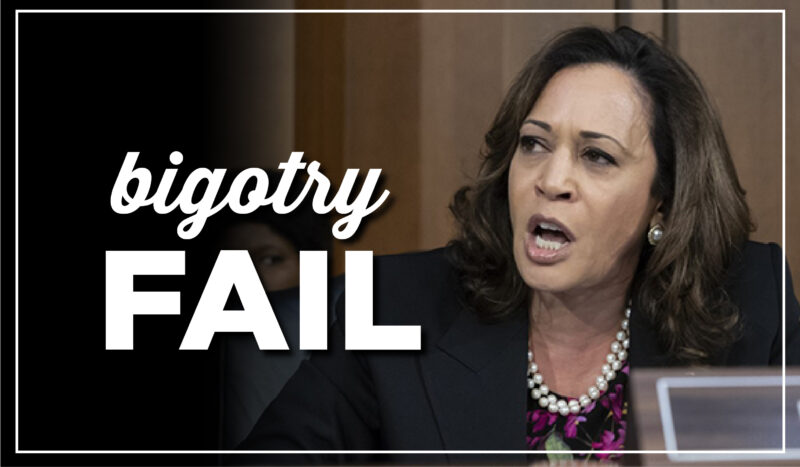 “The nominee is a practicing Catholic.”

Those were the words of Senate Majority Leader Mitch McConnell after Democrats “raked the nominee over the coals” for his membership in the Knights of Columbus!

Just minutes ago, the Senate confirmed Brian Buescher to a lifetime seat on the federal bench in a narrow 51-40 vote.

They’re hoping you forgot. But remember Senators Kamala Harris, D-CA, and Mazie Hirono, D-HI, both took issue with judicial nominee Brian Buescher for his membership in the Knights of Columbus. Senator Hirono said “the Knights of Columbus has taken a number of extreme positions” like that marriage should be between one man and one woman.

If the Knights are “extreme” on marriage, then so is the Catholic Church!

McConnell totally shamed these Senate Democrats for their bigotry: “Of course, we all know the Knights, a noted ‘extremist’ group of Catholics. They’re about two million men strong, known among other things for their love of the Catholic faith, their unparalleled commitment to charitable works, and hosting pancake breakfasts. Outrageous!”

I hope you realize what this means….

If the Democrats were to somehow recapture the Senate majority next year, sterling judicial candidates like Brian Buescher would be forever blocked from serving on the federal bench. Catholics could scream about “religious tests” until they were blue in the face, but Democrats would block every nominee.

In sum, faithful Catholics would all but be banned from serving as judges in our courts.

Interestingly, the fight to confirm Buescher wasn’t for a seat on the Supreme Court or even a seat on one of the influential Appeals Courts. This was a vote for federal district court (in Nebraska).

So why did Democrats launch such a ridiculous anti-Catholic attack over a simple federal district judicial nominee?

Because this fight was a dress rehearsal for a future Supreme Court battle.

Judicial nominees who belong to religious fraternities or organizations can expect such memberships to be used against them in the court of public opinion. In fact, when Amy Barrett was up for her seat on the Appeals Court, liberal Democrats attacked her for her membership in the charismatic Catholic group called “People of Praise.” Members of the media even called it a “cult.”

It’s now clear that Senate Democrats are so dedicated to their extreme agenda, that faithful Catholics are deemed unfit to serve on our nation’s courts.

That’s why we must always remind Catholics: The battle for the Supreme Court and reforming the federal judiciary runs through the United States Senate.

This week, McConnell again pledged: “We will leave no vacancy behind.”