Tell the Senate: No Anti-Catholic Smears and No Religious Tests 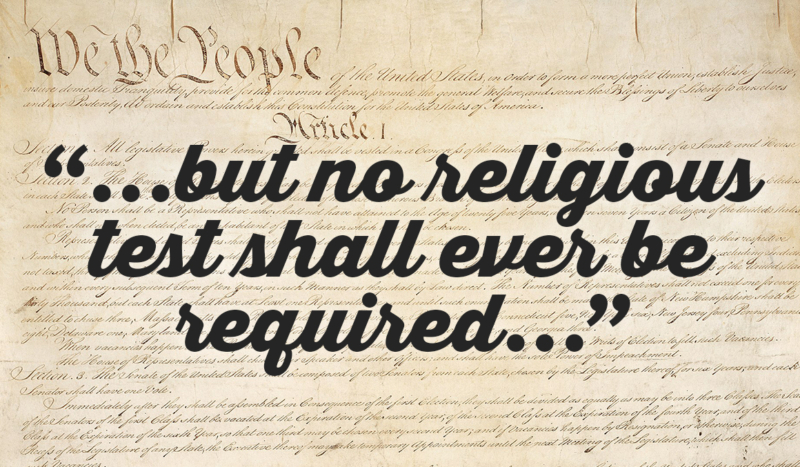 In just two days, the President will make his pick.

And the attacks on Amy Coney Barrett have already begun.

We at CatholicVote will not be silent. Today we are calling on every member of the United States Senate to reject the unconstitutional anti-Catholic smears already underway.

Let’s face it, this isn’t new. Democrats and their allies have been attacking Catholics for their faith for years. Their argument is simple: Catholics’ “deeply-held” belief in the dignity of every human person disqualifies them from being judges or justices on the Supreme Court. “Crazy” Catholics cannot possibly be trusted with important government jobs!

Except our Constitution explicitly forbids a “religious test.”

Our nation was founded on a deep respect for religious differences. Our country included Episcopalians, Congregationalists, Quakers, Catholics, and more. To ensure a strong republic, our Founding Fathers included an explicit ban on religious tests in Article 6 of the Constitution:

“…no religious Test shall ever be required as a Qualification to any Office or public Trust under the United States.”

Further, remember religious freedom was written into the First Amendment. The views of Americans are shaped by all kinds of backgrounds and institutions. Justice Ginsburg herself regularly cited the importance of her Jewish faith.

These cherished freedoms in our Constitution and our Bill of Rights unite us as Americans.

We cannot wait until Saturday’s announcement. Left-wing activists and their allies in the media are already mobilizing to frame the nominee as a wacky Catholic zealot. The future of the Supreme Court—and maybe even the November election—could be shaped by what happens in the next several days.

Tell your Senator you are Catholic. And that any nominee put forward by the President deserves to be treated respectfully and fairly. Questions about a person’s religious faith are out of bounds.

Your call will take just 30 seconds. The Senate office staff will simply note that you called and will pass it on to the Senator. That’s why we need thousands of calls to start immediately.

If you are feeling extra motivated, we’ve created this list of every Catholic member of the United States Senate: