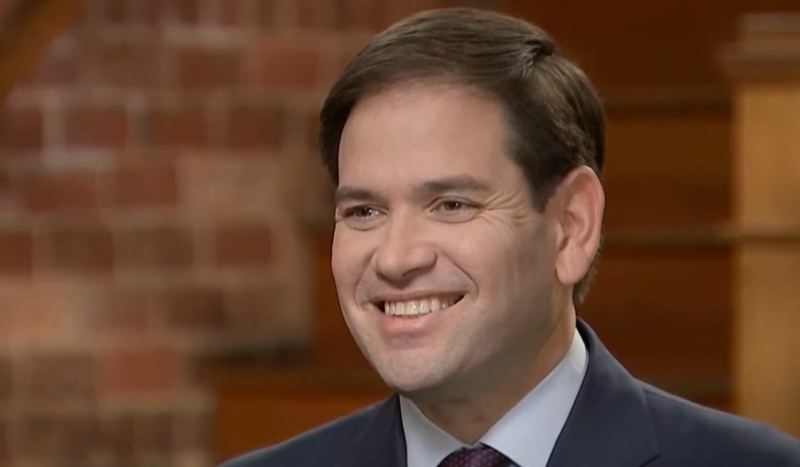 Our political system is currently undergoing significant realignment. This is not news to followers of CatholicVote.

In part, this is due to the election of Donald Trump, who ran on a distinctly populist economic platform fused with cultural conservatism — a sharp contrast with the economic and cultural  libertarianism of Mitt Romney four years prior. Trump’s message managed to win states like Michigan, Wisconsin, and Pennsylvania, which had long been inaccessible to the Republican Party.

Trump deserves enormous credit for being the first to tap into this conservative populist moment and produce a Republican victory at the national level.

But our political realignment didn’t start with Trump. It started with a popular rejection of the GOP’s top-down approach to economic policymaking.

Perhaps to the chagrin of many of my early-Trump-supporter friends, I supported Marco Rubio during his 2016 presidential campaign. There was a substantive reason for that support. Since his election to the U.S. Senate in 2010, Rubio has always been reliably conservative on social issues, but he’s also been a bit of a nonconforming populist on economics.

Unlike some of his colleagues, and certainly unlike Romney, Rubio has taken a holistic approach to economics by placing more of an emphasis on the dignity and well-being of workers and families than on growing GDP and the stock market.

Rubio nearly tanked the Tax Cuts and Jobs Act in order to ensure a larger child tax credit for the vast majority of working families. And he has called on Congress to end preferential tax treatment for corporate “stock buybacks.”

Moreover, consider this quotation from a January 2014 speech about his concerns for the impoverished and shrinking middle class:

70 percent of children born into poverty will never make it to the middle class. The uncomfortable truth is that there are now a number of other countries with as much or more opportunity than ours. In fact, more people in Canada go on to surpass the income of their parents than in the United States… America is still the land of opportunity for most, but it is not a land of opportunity for all. If we are to remain an exceptional nation, we must close this gap in opportunity.

It’s hard to read this as anything less than a rebuke of Mitt Romney’s dismissive “47 percent” approach to the economy, a set of policies and talking points that almost comically resembled a left-wing straw man version of supply-side economics.

And that approach was more or less GOP orthodoxy in the early-2010s: Your boss deserves a bigger tax cut than you do because he’ll invest it and you’ll just pay down your credit card balance; free trade is always and everywhere a good thing; and oh, by the way, we’re going to cut your Social Security and Medicare benefits.

Fortunately, as evidenced by the current realignment, the GOP is starting to question much of that previously-held orthodoxy. And now, as the conservative movement’s intramural squabble continues, Rubio is taking more of a leadership role in this shift — while adding a distinctly Catholic flavor.

He published an incredible essay, “What Economics Is For,” in August at First Things and delivered a widely publicized speech about Catholic social doctrine and economic policy at Catholic University on Tuesday.

In his essay, Rubio took issue with the notion that a corporation’s sole duty is to maximize returns for shareholders. According to Rubio, our willingness to allow large transnational corporations to use “our country’s resources to speculate on financial assets… [r]ather than engaging in real production and innovation with workers here at home” is “cutting off the branch on which we sit.” This isn’t too far off from the popular pro-worker rhetoric you might hear at a Trump rally or — dare I say it — a union hall in the Rust Belt.

Rubio expanded on this argument in his speech, calling for a defense of “common good capitalism.” What is that exactly?

It’s the promotion of a free and healthy market, but one tempered with a loyalty to our national interests and what is beneficial for communities, workers, and families. It’s the understanding that free trade with oppressive regimes like China may seem good on paper to wonks at think tanks in Washington, D.C., but has adverse effects that often impact the freedom and economic well-being of Americans on their own soil.

It’s the recognition that there are often social costs that we all pay due to the individual choices of corporations seeking profit above all else.

In many ways, Rubio is articulating the argument made by Sohrab Ahmari about using the tools of government to promote the common good in the cultural sphere — only he is applying the same logic to the economic sphere.

It remains to be seen whether he will receive the same push-back from establishment conservative circles. Either way, he deserves a lot of credit for staking out this ground and making some pretty compelling arguments.