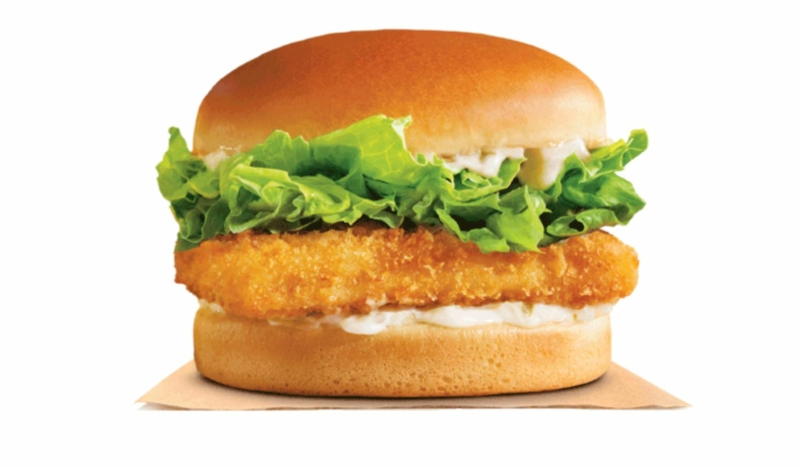 NOTE: Would you like to experience this review in the form of a dramatic reading? Click here for a sneak peek at a video we created exclusively for our CV Champions. And to further support our work, please consider becoming a Champion yourself by going to CatholicVote.org/Champions.

To say the Big Fish Sandwich from Burger King is nothing to write home about isn’t quite fair. We’ve had a number of really good fish sandwiches in the last few weeks, but I think it’s safe to say that even our favorite one didn’t have us writing home about it.

For one thing, most of us live at home and mailing letters to our own house would be weird. For another thing, we’d be going down to the mailbox every week. The sandwiches we’ve tried have all been fried in oil and accompanied by some version of mayonnaise, so by definition they’ve all been true, good, and beautiful.  But that doesn’t mean we’re going to get all correspondy about it. It’s a fish sandwich for goodness sake.

So yes, we can say confidently and without buying any stamps that the Big Fish is a good sandwich. And to be honest, Burger King needed a win.

They’ve been reeling from some bad publicity lately, as a result of a tweet they sent on International Women’s Day that said: “Women belong in the kitchen.” They said it was to promote culinary scholarships for women or something, but it didn’t go over well. The internet lost its mind, and Burger King, per the script, was forced to issue an apology.

It appears they have learned their lesson and will be allowed to live. They meant well, and to be fair, that kind of humor was acceptable as recently as the late Middle Ages. In fact, it wasn’t really frowned upon until the early 17th century.

I am writing home about a fish sandwich.  It is springtime here in Jamestown, for such is the name we have bestowed on our settlement here in the New World.  We have been in the most dire of circumstances.  During the voyage, we lost all of our socks overboard during a storm (I swear it was not my fault), and so we were woefully unprepared for the harsh Virginia winter.  Several of our company lost their toes.  Unable to hunt, they took to rowing about in the ocean with nets, and bless me if it wasn’t a success.  Many fish were had.  But the greatest achievement was how our dear women folk submerged the filets in hot whale fat and served them betwixt hunks of freshly baked bread.  This sandwich, dear mother, is a triumph of the ages, and has occasioned much merrymaking.  Master McDonald proclaimed it so good that it necessitated the licking of fingers, and Lil’ Gomez, whom we kidnapped from a Spanish merchant ship, even pledged that so long as he is supplied with such fare, he will not make a run for the border.  But the most uproarious moment was when I myself felt the spirit of humor welling up and let forth with a raucous, “Hear ye, henceforth let all women belong in the kitchen!”  Laughter all round, dear mother.  ‘Twas epic.  Please send socks.

Where were we? Ah yes, the Big Fish Sandwich.

It’s not that big. This isn’t a criticism, just an observation. It’s a perfectly decent size.

The bun is toasted, and shiny. That sounds goofy, I know. A shiny bun. But it is shiny, and in a very appealing way, despite recent statements by Burger King itself, who took the “shine” off the bun in their recent logo redesign. “Buns don’t shine” is the exact quote from their global chief marketing officer.

I don’t care what they do with their logo, but he’s wrong. Some buns shine. This bun is shiny. And on that note we’re going to end this little aside right now. I resent that I was forced to go there.

The fish is delicious. It’s fried, and… well, it’s fried. What more do you want?

Best part? Tartar sauce on both top and bottom bun, making this particular surf burger one of the most exciting things to happen to your mouth since Taco Bell stopped making the Quesarito.

Well done, Burger King. And good luck with everything.