Proclaim the Prince of Peace

I spent July 18th in Rouen, the city along the River Seine where St. Joan of Arc was tried and put to death in 1431.  She was a defender of the faith, and a fierce defender of the freedom of France.  She was also an evangelist. She called her fellow soldiers to faith, to virtue, to earnest discipleship of Jesus Christ.  She died for the cause of justice, in defense of her people, and she died with the name of Jesus on her lips.

And on July 26th, just outside of Roeun, Father Jacques Hamel was martyred in his Church—his throat slit as he celebrated Holy Mass.

Father Hamel was killed in the Church of St. Stephen, the first Christian martyr.  Like St. Stephen, and St. Joan of Arc, and the tens of thousands of Christians martyred each year, he died proclaiming Jesus Christ.

The Islamic State—ISIS—claimed responsibility for each of those attacks.  Terrorists of ISIS—in the name of Islam—are waging a full-scale war against all those they deem their enemies, most especially the people and nations of the West.  ISIS calls their enemies the “Crusader coalition.”  The enemies of ISIS are those who pose a threat to their stated goal of forceful Islamic domination of the world.  The greatest enemy of ISIS is the Church, the root of Western culture, which proclaims the grace of freedom, and peace, and new life in Jesus Christ.

The twisted ideology of ISIS blasphemes the idea of religion itself. Faith is perverted by the lie that God can be served by terrorism.

But violence in this world is not confined to a singular cause.  And the battle between good and evil is not only waged between cultures—it is waged in every single human heart.

This summer, violence seems to be reaching a kind of fevered pace.  The headlines seem to be more violent, and less predictable, each day.  19 people, many of them disabled, were killed in Japan this week by a man wielding a knife.  An 18-year old, obsessed with violence, killed ten people in Munich, at a shopping mall and a McDonalds.  In our country, citizens have been shot by the police, and police officers have been gunned down in response.  A young woman told me recently that her stomach aches as she reads the newspaper each morning.

In times past, in the time of St. Joan of Arc, building ordered, safe, and free communities seemed simpler.  The distinction between marauders and citizens was more obvious.  Heroic armies held back invaders on battlefields.  Fortresses, and walls, and battle lines kept chaos at bay.  But today, the threat of violence seems everywhere.  The possibility of chaos seems always around the corner.  Security seems evermore to be a myth.

Young people, especially, are asking me over and over again: what is happening?

The answer is not difficult.  The world around us lives, ever more, as if there was no God.  Hearts, around the globe, live without the peace of Jesus Christ.  We live in a culture which has abandoned the peace that surpasses understanding.

In the wake of attacks by ISIS, nationalists call to dispel every Muslim immigrant, or to restrict the movement and rights of some citizens. But we live in a globalized world, where worldwide communication is instant and easy. ISIS spreads its message through the internet to the citizens of every nation. Principled immigration and security reforms, respecting the natural community of the nation and the dignity of the human person, are always important.   But excesses of reactionary nationalism do not stop violence, they foment it.

In the wake of unspeakable gun violence, some call to banish firearms.  Reconsidering gun laws might be worthwhile, but banishing certain weapons is not enough to deter those bent on destroying human lives.  Violence finds axes, and knives, and rented trucks.

In the wake of injustice, or prejudice, or racial strife, we call for justice.  But we cannot achieve justice through brute force or retaliation. Real justice is impossible without the Living God—the source of all that is just.

We cannot eliminate violence from our culture through legislation, nor can we satisfactorily conquer it on foreign battlefields.  We cannot easily or simply identify those who might be violent and banish them from our midst.  More will crop up.  Some will shroud hatred in false religious ideologies, some will become vicious in order to feel important, some will incite violence in the name of social change.  In a culture without Christ, acts of depravity and violence will become ever more prevalent.

Aleksandr Solzenitzen wrote famously that “the line dividing good and evil cuts through the heart of every human being.”  Jesus Christ conquers the evil in our hearts.  And the only answer to the depravity of violence is to convert hearts to Jesus Christ.  In Christ, the lion and the lamb lie down together.  In Christ, the meek inherit the earth.  The peace of Christ alone can rule, and pacify, our disordered human hearts.

Peace comes in the renewal of culture.  And renewing culture begins with Jesus Christ.  If we want peace in the United States, in Europe, in the Middle East—if we want peace across the globe—we must become evangelists.  In a culture living without God, we must all become martyrs—heroic witness to life in Jesus Christ.

We must win hearts for Jesus Christ.  The urgency of the moment is clear.  We must trust that baptism brings peace where nothing else does, that the Holy Spirit is at the root of communities of true peace and justice.  To build civilizations of love—cultures of peace—we must build cultures which know new life in Jesus Christ.

We want peace because we’re made for the peace of eternal life with God.  Every human being is made for that peace.  And if we want a foretaste of Christ’s peace on earth, we must be radical, committed, and fervent missionaries of Jesus Christ.  The world without Christ is shaken by the violent disorder of sinfulness.  Peace is the fruit of discipleship.

This week, I am at World Youth Day in Krakow, where hundreds of thousands of Catholic youths have gathered in the city of Pope St. John Paul II.  These young people know peace.  They know justice.  They know truth.  They have been transformed by the power of Jesus Christ.  Christ alone is the answer to our problems, Christ alone conquers the violence of the evil one.

Together, we mourn victims of terror and violence around the globe.  We mourn with hope in God’s enduring mercy.  But violence always reminds us that we must make disciples of all nations.   The time is now.  We must proclaim the Prince of Peace, who can rule, and free, and sanctify, every human heart.

In his 28 years as a priest, Bishop James D. Conley has served the Catholic Church in a wide variety of ways—as pastor, college campus chaplain, director of Respect Life ministries, theology instructor, Vatican official and bishop. In all of these tasks, he has seen his life as a priest as a call to service and complete surrender to "God’s providential hand." For his episcopal motto, Bishop Conley, a convert to the Catholic faith, chose the same motto as the great 19th-century English convert, John Henry Cardinal Newman, "cor ad cor loquitur," which means "heart speaks to heart." 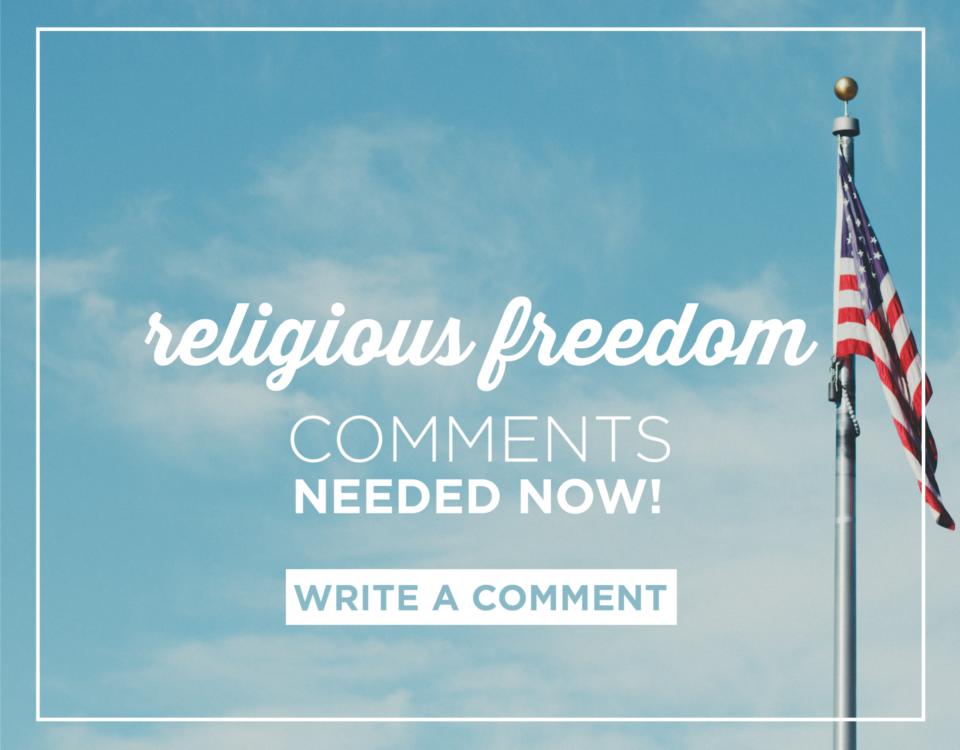 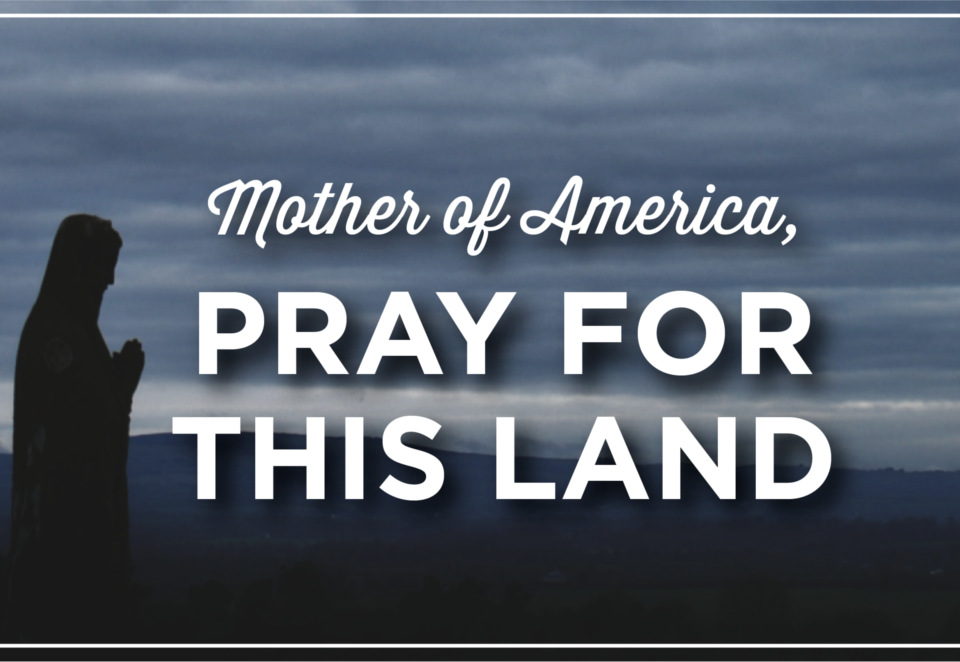