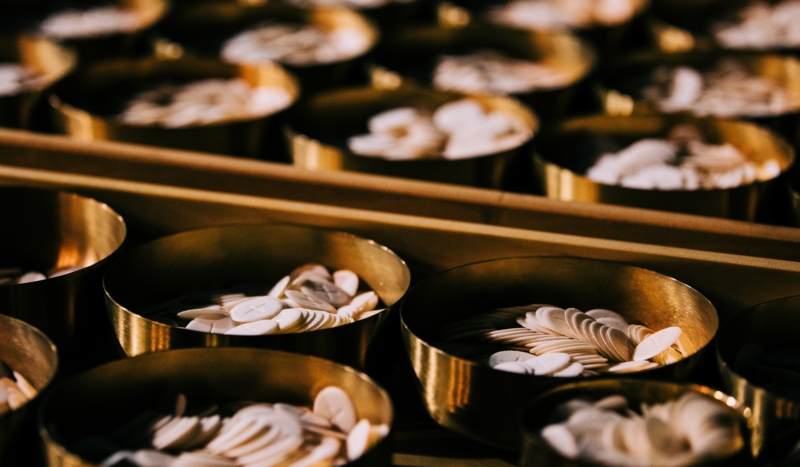 The South Carolina priest, Father Robert Morey, denied Biden reception of the Eucharist because of his support for abortion, which the Catholic Church condemns.

Holy Communion signifies we are one with God, each other and the Church. Our actions should reflect that. Any public figure who advocates for abortion places himself or herself outside of Church teaching.

“I will keep Mr. Biden in my prayers,” Fr. Morey concluded.

The news came after the former vice president, who identifies as Catholic, opposed the Hyde Amendment, which prohibits federal funds from going towards abortions except in cases of rape, incest, and saving the mother’s life.

“The priest was correct in his actions,” Fr. Nicholas Gregoris commented online. “I would have also refused Biden Holy Communion on account of his public advocacy of abortion.”

“From a Catholic perspective, politicians like Biden & Pelosi who advocate for abortion are Catholic in name only,” he clarified. “Their reception of Holy Communion constitutes a sacrilege, a profanation of the Lord’s Body & Blood.”

Another priest, Fr. Ryan Hilderbrand of Indiana, commended, “God bless this priest. He’s got stones.” He also tweeted a short “PRIMER” for “DENYING SOMEONE HOLY COMMUNION.”

“All baptized Catholics, by default, have a right to the sacraments that they can receive,” he explained:

Someone may not have a right to Penance and Holy Communion because they are living a life that permanently alienates them from the Church. However, if they approach for one of these sacraments, they can be denied if and only if they are “manifest grave sinners.”

Fr. Hilderbrand clarified that “Suspicion of ‘grave sin’ i.e., mortal sin, is NOT sufficient cause to deny someone the sacrament.” Instead, “Grave sin must be MANIFEST – that is, public and enduring over time.”

“This is where Mr. Biden comes in,” he continued. “Voting to protect abortion ‘rights’ is clearly grave matter for sin.” Furthermore, by his actions, “he leads us to believe that he has willingly placed himself outside the communion of the Church.”

“Therefore, so that he does not ‘eat and drink unto his own condemnation,’ it is an act of mercy to deny Mr. Biden Holy Communion,” Fr. Hilderbrand stated.

Before receiving Holy Communion again, Fr. Hilderbrand urged that Biden not only needs to make a good confession, but also needs to “Publicly renounce his prior public support for abortion.”

But, “no priest worth his salt EVER relishes the thought of denying someone a sacrament,” he stressed. “It breaks our hearts and we lose sleep over it.”

Even the South Carolina priest was quoted as saying “SADLY …” Fr. Hilderbrand pointed out. “The guy is tore up about denying Mr. Biden Holy Communion, as any priest ought to be.”

One priest, however, stood out for disagreeing with the rest. Fr. James Martin, America Magazine’s Jesuit editor-at-large, stated that “Denying Communion to politicians, Democrat or Republican, is a bad idea.”

A “priest has no idea what the state of a person’s soul is,” he argued, and “as Pope Francis has said, the Eucharist ‘is not a prize for the perfect but a powerful medicine and nourishment for the weak.’”

Other priests responded, including Fr. Matthew Schneider of Philadelphia.

“Denying Communion is not a judgment of the person’s soul,” he typed. While “Canon 916 deals with people’s souls & suggests those with mortal sin on their conscience refrain from Communion on their own accord,” “Canon 915 on refusing Communion deals with ‘obstinately persist in MANIFEST grave sin.’”

That Church law, Canon 915, reads: “Those who have been excommunicated or interdicted after the imposition or declaration of the penalty and others obstinately persevering in manifest grave sin are not to be admitted to holy communion.”

“Denying Communion due to Canon 915 is a public act … & should be based on public facts,”  Fr. Schneider continued.

In another thread, he concluded, “There’s no way a priest is questioning each [communicant], but when a person publicly opposes themself to Catholic teaching, they have put themself outside the Church.”