Peter Feuerherd, Your Bias is Showing

“Pope Francis Critics at Sacred Heart Seminary are vocal on line” (Jan 22, 2019) has quite an impressive array of errors that could have easily been avoided — he has corrected his earlier false statements that I am on sabbatical and that I work for Better Church Governance. (There remain uncorrected errors in respect to some of my colleagues.) But he remained immovable about a serious misrepresentation of my views. I am going to share below a series of email communications (italicized below) wherein I tried to get him to correct this misrepresentation. I informed him:

The biggest falsehood in regard to me is the claim that I am “in support of efforts to oust gays from the priesthood and from influential church leadership roles.” Not so. Men who have SSA and are living chaste lives are not at all a target for me (rather, as I have said, give them awards!). The target is priests who have sex with males and are unrepentant. And, of course, unrepentant priests who are sexually active with females.

By “gays” I meant sexually active, otherwise how would anyone know?

There are men who call themselves “gay” who are not sexually active and some even publicly identify this way.

In the priesthood few identify either as actively or chastely gay. The knowledge that a priest is actively gay is generally known only when accusations are made of some impropriety.  My complaint is that bishops do not take accusations seriously enough and don’t try to verify the accusations and often completely ignore them.  It is a story I have heard time and time again.

What you said makes it sound like I am trying to “out” anyone who experiences same sex attraction. Not so.

He agreed to the following:

Okay Janet. I am willing to change the piece to say that you want to oust “sexually active gays” from the priesthood.

I made this request:

You should also say I think the same for unrepentant priests who are sexually active with females. Otherwise it is a half truth and misleading, as though I am only concerned about active homosexuals.

He did change the article to say:

“Janet Smith, a professor of life ethics, has argued that homosexuality among clergy needs to be rooted out in the church.”

How does that say anything different from his first error? I protested:

Peter, This is flat out false:  Janet Smith, a professor of life ethics, has argued that homosexuality among clergy needs to be rooted out in the church. .

I challenge you to find any verification for your claim.  I have argued and still argue that any priest who is sexually active and unrepentant does not belong in the priesthood.  Pope Francis shares that view.

I have stated in print and to you that I believe that homosexual priests who are chaste deserve an award. I would not have them leave the priesthood.

Why [do] you need to distort what I say?

He then sent me a link to an article on Lifesite News based on some Facebook posts I had made:

He didn’t identify what in the article convinced him that I want to oust all homosexuasl from the priesthood but perhaps it was this statement:

“Professor Janet Smith, a moral theologian at Sacred Heart Major Seminary in Detroit, addressed the subject of homosexual networks in the Church on Facebook this week, saying that doing away with them is necessary to restore the priesthood.”

For him to think “homosexual networks” meant even chaste homosexuals, is, I believe, a stretch. A week later in August in an interview with the National Catholic Register, “Janet Smith to the Bishops: “Save the Church – Tell Everything”, I made my position perfectly clear:

“Now we need to deal with the active homosexuals in the priesthood, for they are engaged in seriously immoral behavior, which has a corrosive effect all efforts to teach, live and promote the gospel.  Let it be said that there are certainly priests who experience same-sex attraction who are leading chaste lives — if we could we would give them awards for what has to be an heroic effort in such an environment.”

In a piece in November, “To the US Bishops: A (friendly) Call to Repentance and Reform”, I stated:

“Bishops should make it known to their priests that those who are living unchaste lives by engaging in sexual relations with either males or females, and/or who are viewing pornography, and who are not willing to reform, should leave active ministry and request laicization.  Bishops should offer to help such men find employment in the secular world and to provide funding at a reasonable level to help them during the transition period gain the education or training needed.

Bishops should offer to those living unchaste lives but who want to repent and reform, help in doing so, whether that involves counseling, effective modes of accountability, a lengthy retreat, or training in acquiring the virtue of chastity.

Was Feuerherd not familiar with those pieces? Is that why he depended upon Facebook postings? That is surely not good journalism.

I responded to Feuerherd’s presentation to me of the Lifesite News article:

You are selectively quoting from a news article that does not quote the entirety of what I have said. Even there it is clear that I am speaking of active homosexuals:

“Active homosexuality is not the only sinful conduct priests partake in, Smith said, but it is fundamental to addressing all clerical depravity.”

Again, a “gay network” is not all homosexuals — I have made it abundantly clear that I am not trying to get all gays or all homosexuals out of the priesthood. I want unrepentant and unreformed sexually active priests to leave, as does Pope Francis.

Why are you determined to portray my position falsely?

On this, at best you are ambiguous. Do you disavow the Lifeline [sic] piece? Who is included in a “gay network?” You are part of a group that want to investigate the sex lives of cardinals, with a process that will surely cost hundreds of thousands of dollars? (Alert: you will surely find human failings!) Who will be left in your purified priesthood, once you get out the straight and gay priests who have been sexually active? Will there be a statute of limitations on any kind of activity? How do you judge if someone is gay?  Will traditionalist gays get a pass if they proclaim church teaching even if their private lives fall short of what they preach?

You are trying at this point to have it all ways. I think your previous language indicates that you want to purge the priesthood of gays. That is a reasonable takeaway from the Lifeline [sic] piece. If you’ve had second thoughts since then, you will need to clarify.

I have “clarified” several times. I maintain it was never ambiguous. Both published before your piece and in my emails. You simply won’t acknowledge that.

Go ahead cite what you want from the lifesite piece but also the statements from my other previously posted pieces.  That would show you want to represent my piece honestly.

It was only then that I sent Feuerherd links to the articles sited above published in August and November. It was only then that I realized he wasn’t familiar with my positions! He hadn’t searched to learn what I had published. So I sent him those links in hopes that he would see he was not stating my positions clearly – a position I stated several times to him in emails. I didn’t and I can’t figure out why those statements weren’t enough for him but thought that once he saw what I had published in August and November he would correct his piece. Well, in fact those pieces did cause him to correct his article one more time. Feuerherd amended his article to say that I am “in support of efforts to oust sexually active gays** from the priesthood and from influential church leadership roles.” He emailed me that he believes this statement is a “fair representation of my views.” 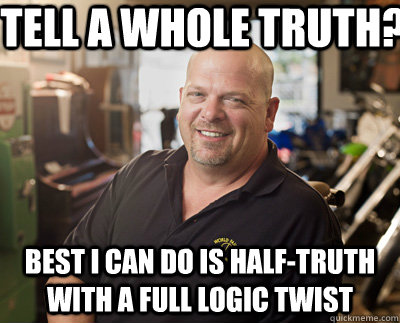 What you have now posted is not really a fair presentation of my views.  It is a half truth.  You seem to want to present me as homophobic but I also think sexually active heterosexuals should leave. And in both cases I allow for repentance and reform. That is the position of Pope Francis. Of course, he too is a promoter of Humanae vitae and thinks priests living double lives [should leave the priesthood] but it does not fit your narrative of a seminary filled with faculty who criticize Pope Francis.

This is what I have said in print and your statement only captures a small part of it. You should have found this online before you published your article.  You should have honored my statement of my views that I sent to you in emails.  Your bias is manifest.

And then after I cited again for him the passage advising Bishops to invite those not living in accord with their vows to leave (cited above from the “Repent and Reform” piece, I closed with:

I can’t believe how much it has taken to get you to state my position somewhat accurately.  I will be posting a narrative of this exchange on Catholic vote today.

What an irony this is: Feuerherd seems to find it scandalous that professors at Sacred Heart Major Seminary criticize the pope, but my position on priests who live double lives is exactly the same as that of Pope Francis. Maybe that is why Feuerherd distorts my view? If he got it right, he would be the one criticizing Pope Francis. Feuerherd clearly does not share the view of Pope Francis and myself about priests who lead double lives. He thinks ridding the priesthood of them would empty out the priesthood. I share that fear unfortunately but I believe we are better off with a much reduced priesthood than a priesthood full those who are not living as Jesus desires his priests to live. How can they effectively call laity to be radical disciples of Jesus?   *My apologies that the first posting of this had Feuerherd’s name spelled incorrectly  Precise journalism is difficult!        ]]>
Share
✕